He refused to answer anything regarding his less than rosy past.

Well, that was awkward. In probably one of the most uncomfortable celebrity interviews this year, R. Kelly walked out on presenter Caroline Modarressy-Tehrani after questions about his new album 'The Buffet' turned to his controversial past regarding multiple sex scandals. 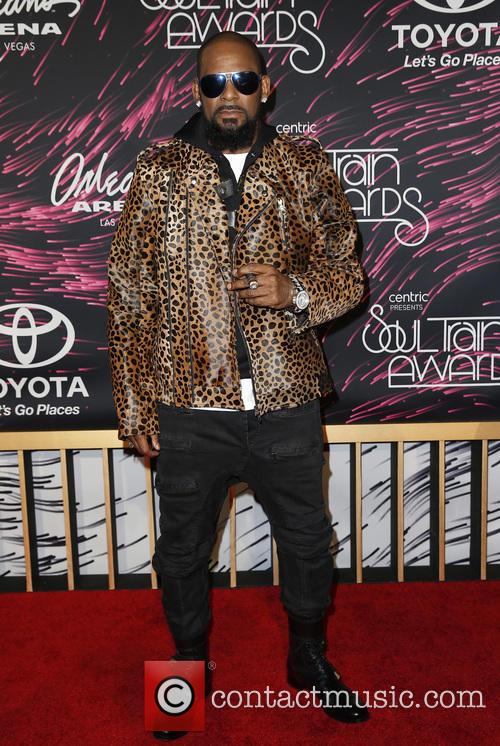 It's not an uncommon theme amongst R. Kelly fans to feel a little at odds with him when it comes to their love of his music and their condemnation of his various past controversies, but it's clearly not something that the singer likes to talk about. In fact, he even went as far as to deny that he's heard any negativity towards him from his fans at all.

Asked about why fans aren't showing as much support as perhaps they've done in the past, R. Kelly appeared to blame the growing trend of  streaming and digital downloads that affect album sales. When HuffPost Live presenter Caroline Modarressy-Tehrani points out that fans were conflicted between loving his music and not trusting him based on his past, things started to get a little heated. In fact, the singer seemed very much keen to avoid letting the Caroline speak, and appeared to start talking over her at every opportunity.

'I didn't come here for negatives, I came here for positives', he said. 'I don't give people who are negative towards me the time of day.'

More: Read our review of 'The Buffet'

He then went on to threaten to walk out of the interview, which he only did after approximately 17 minutes. 'I'm gonna let you know any other things coming at me out of your mouth as far as negativity, I'm gonna get up, and I'm gonna walk out, and I'm gonna go to McDonalds, hopefully the McRib is out, and I am going to go home to Chicago and I'm gonna play me some basketball...' he said, continuing to talk in a similar vein.

As Caroline began asking about his lyrics specifically, he still didn't seem happy and suggested it was 'a deposition', before bizarrely asking whether or not she ever gets 'drunk'.

Watch the final moment when @RKelly walked off our set @HuffPostLive https://t.co/WfFAuVVe3X

'You're here to do a job. You're here to get reins and I understand it, I respect that', he said towards the end of the interview. 'But you won't be getting them off me if you're gonna interrogate me rather than sit here and talk about something positive. I'm in New York I'm having a great time... I didn't come here for you to spoil that.'

The line of questioning was referring to allegations that he had sex with an underage girl back in 2002. He was later acquitted of all counts.