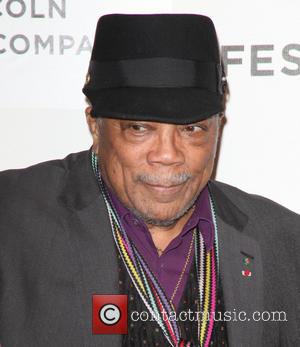 Veteran music legend Quincy Jones has never learned to drive because cheating death in a horrific traffic accident as a teenager left him severely traumatised.

The producer was just 14 years old when he was caught up in a terrifying crash in which he lost a number of pals, and he spent years struggling with emotional issues after pulling the dead body of a friend out of the vehicle.

Jones admits the accident had a devastating effect on his life, and he has been scared of driving ever since.

He tells Cbc.ca, "I'm scared of driving... I don't drive. I never drove. When I was in 14... we were... going to Walla Walla (in Washington, and) a Trailways bus hit us and three people got their faces crushed on the concrete. All the guys in my car - there were two up front, two in the back and me in the middle - all of them got killed. I pulled my friend out of the front seat then his head fell off... It was very, very traumatic."

Jones admits he did not have therapy to help him deal with the trauma, and later failed when he attempted to put his fears behind him in driving lessons.

He adds, "It was not about having money to see a shrink - that was out of the question. I took (driving) lessons later on and the guy gave me my money back and said 'Forget it.'"