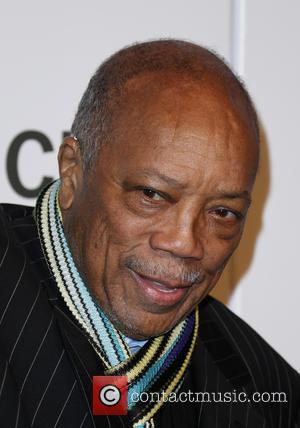 The jazz saxophonist, who won four Grammy Awards during his career, worked with Jones for years and featured on tracks by Paul Simon, Billy Joel and Steely Dan. He also received a Living Jazz Legend Award from the Kennedy Center in Washington, D.C. in 2007.

Jones paid tribute to his friend on Facebook.com by sharing an old photograph of the duo, and writing, "It is an understatement to say Phil Woods was one of the greatest jazz alto-saxophone players to ever set foot on this planet...

"There was a very specific reason Phil played on nearly every album I've made since 1956, because he not only was the best jazz alto sax players there was, he was a truly beautiful person... Phil and his family were my family, and I will miss him like the brother he was to me. He will be eternally in my soul."