Quickbeam's debut single, Seven Hundred Birds, will be released on 9th April, 2012, through new Glasgow label Comets and Cartwheels. Quickbeam recently performed at King Tut's Wah Wah Hut in Glasgow on March 1st, 2012, along with The Birthday Suit and The Miss's.

The video for Seven Hundred Birds takes place in some beautiful countryside. The trio that make up Quickbeam wander through a meadow. The video was directed by Kodak Short Film BAFTA finalist Mat Sheldon of Crush Films, whose recent work from their director of photography includes the Sherlock Holmes movies; Jane Eyre and This Is England. The video was produced by Chris Gordon, who has worked with Union of Knives and Song of Return.

Monika Gromek and Andrew Thomson formed Quickbeam in Glasgow in 2010. After an early demo received support from the likes of Steve Lamacq on BBC 6Music and BBC Radio 1 Scotland's Vic Galloway, Quickbeam were joined by violinist Nichola Kerr in 2011. They cite Sigur Ros; Low and Bon Iver as influences, which can clearly be heard in their music. 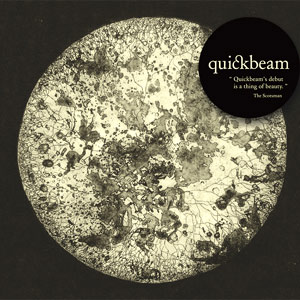 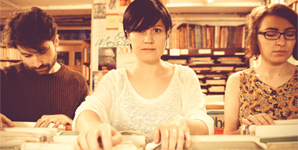