Let's forget the controversy for a minute. In Django Unchained, Quentin Tarantino has managed to assemble another top draw soundtrack; established names like Ennio Morricone are including, as past and present soul and R&B stars like James Brown and Rick Ross, right up to modern contemporaries like John Legend - even Tupac makes an appearance. But how does it compare with some of the great sound tracks that the director has been known for over the past three decades; in fact, what are the best songs to appear in Tarantino films? We've had a bit of a think and have put together ten songs that we don't think any self-respecting fan of the man could leave out. 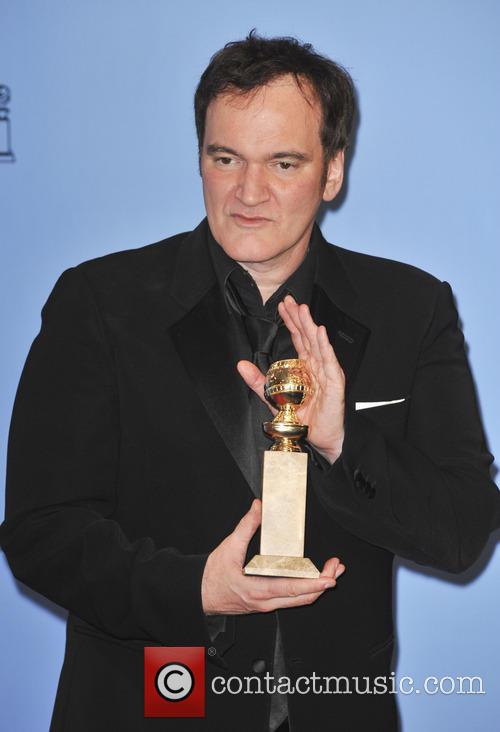 Tito And Tarantula ‘After Dark’ (from From Dusk Till Dawn)

Tarantino didn’t direct this film, but he did write it, so we’re more than happy to include this sensual Hispanic-flecked 70’s sounding number, played as Salma Hayek made her iconically famous dance in a bar, whilst a snake coiled around her curvaceous body.

The prelude to battle; this Japanese psychobilly track was played as Uma Thurman’s the Bride stalked the building readying herself for a bloody finale. In keeping with the fast-paced nature of the track, the cameras darted around the Bride, shooting her from a variety of different angles.

In a move typical of Tarantino’s endless abundance of reference points to favourite films of his own, he not only used the great western film scorer Ennio Morricone, but he used a song he wrote for one of the great westerns – 1968’s The Mercenary. The piece soundtracked one of the most dramatic moments of Kill Bill Vol. 2, as the bride kung-fu kicked her way out of the coffin she’d been placed in, seemingly dead.

David Bowie ‘Putting Out The Fire With Gasoline’ (from Inglorious Basterds)

In another example of well-chosen pilfering, Tarantino picked this Bowie song – originally recorded in 1982 with legendary producer Giorgio Moroder for horror film Cat People – to play a similar to device as that of The 5,6,7,8’s track in Kill Bill Vol. 1. The song set up the bloody finale in Inglorious Basterds, with Shosanna Dreyfuss moving along to the beat, applying warpaint and preparing herself for the final attrition.

This cover of the Neil Diamond song expertly portrayed the limbo of a night out when you’ve come back from the bar of each with each other and are wondering what’s going to happen next. As Uma Thurman danced and snorted heroin, John Travolta tried to talk himself out of having sex. The song suggested that was on the cards. It wasn’t. Travolta came back into the room to find his boss’s ex-wife OD’d on the sofa.

Many of Tarantino’s soundtracks subvert the scene in some way, linking to the action but often taking it to a mood you might not have considered. Here however The Delfonics smooth R&B 70’s hit provided the perfect accompaniment as Jackie Brown enjoyed a rare moment of still in her flat with Robbie.

The song that started it all in Kill Bill, and subsequently the one probably most synonymously linked with the films. The Bride lies on the floor, bloody of face and staring up at an assailant. A shot rings out and Nancy Sinatra’s lament slowly begins to unfurl with a subtle tension. A sumptuous opening.

Chuck Berry ‘You Can Never Tell’ (from Pulp Fiction)

A song and a scene that provided all sorts of knowing winks, Berry’s 50’s rock and roll and Travolta’s dancing taking us back to his appearance in Grease, where he was also King of the dance floor. With Uma Thurman cutting a rug alongside him, the scene has become one of those indelibly marked on the minds of movie fans everywhere.

Not sure how we couldn’t include this – even if the Black Eyed Peas have since horribly bastardized it – a brilliant opening to a brilliant film, the scene it is a perfect example of Tarantino at his best; a tawdry looking scene, a coolly but quickly delivered exchange by a seemingly loved-up couple, then all of a sudden action, as the diner is suddenly held up by these two lovebirds. An exhilarating change of pace.

Stealers Wheel ‘Stuck In The Middle With You’ (from Reservoir Dogs)

The application of Tarantino’s twisted humour to scenes of violence and death is at its best here. The cop sits tied up and gagged to the chair, as the effortlessly cool Mr Blonde puts on one his favourite tunes and proceeds to dice up the helpless official’s right ear. Shimmying around the place, Mr Blonde’s actions tie in perfectly with the suavity of the song, and offer a grim punchline to a bloody scene. Classic Tarantino.