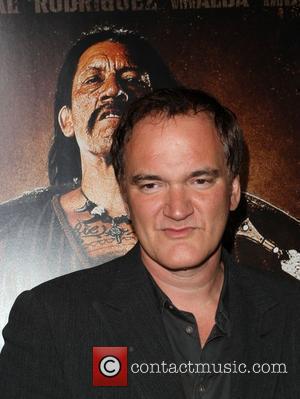 Quentin Tarantino's friend and longtime film editor, Sally Menke, has been found dead in Los Angeles at the age of 56.
Menke went hiking with her dog in Beachwood Canyon on Monday (27Sep10), when the city was experiencing record heat waves, but failed to return home.
Her body was discovered in the early hours of Tuesday (28Sep10), after pals alerted authorities to her absence, reports the Los Angeles Times. Her pet pooch was found alive and well.
Menke began her career in 1990 when she landed a job on Teenage Mutant Ninja Turtles, but her big break came in 1992 when she teamed up with Tarantino for Reservoir Dogs, the first of eight collaborations between the pair.
Her work on Pulp Fiction earned her an Oscar nomination for Best Film Editing in 1995 and she received further recognition by the Academy earlier this year (10) with Inglorious Basterds.
Menke also worked with Billy Bob Thornton on All the Pretty Horses and Daddy and Them in 2000. Michael Lander's psychological thriller Peacock (2010) was her last credited film project.
Police have launched an investigation into her demise, although the cause of death has yet to be confirmed.
Temperatures reached an all-time high of 113 degrees Fahrenheit (45 degrees Celsius) in Los Angeles on Monday (27Sep10).