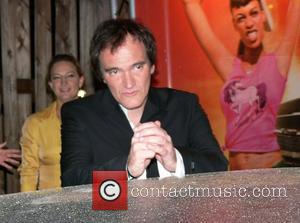 Moviemaker Quentin Tarantino has embraced the philosophy of past lives after being introduced to reincarnation by his actress pal Uma Thurman. Thurman was brought up Buddhist, often meeting the Dalai Lama during her childhood, and has explained the Eastern religion to her director friend. Tarantino tells British men's magazine GQ, "I do believe in past lives and stuff like that. "I know I must have been a writer in a few other lives. "I know I was a black slave in America. I think maybe even like three lives. Yeah, I know that. And I know that I was Japanese in another life and I was Chinese in another life. "(I know) a bit of it is through knowing Uma Thurman and knowing her dad, Buddha Bob (Robert Alexander Farrar Thurman) - him talking about the whole thing." When asked what makes Tarantino believes he was formerly a black slave, he replies, "I've got nothing I could say that would not make me sound like a horse's ass. It's just a feeling. A knowing."