Quentin Tarantino reveals details of his new project to Jay Leno: "Its a Western", but not a reboot or sequel to 'Django Unchained'. 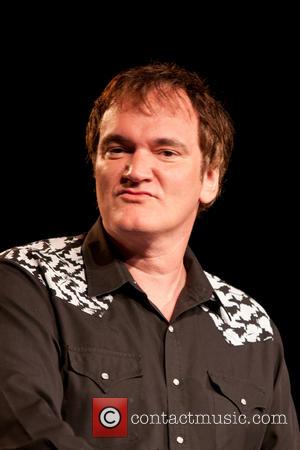 American director Quentin Tarantino is known for his violent content in no holds barred films.

So what's next? Recently the 50 year-old appeared on 'The Tonight Show With Jay Leno' an revealed he will be returning to the wild west for his next project.

After 2012's 'Django Unchained' won 'Best Screenplay' at the Oscars this past February (2013), Tarantino will continue to create historic driven movies.

"I haven't told anyone this publicly but I will say the genre: it's a western," he said. "I had so much fun doing Django and I love westerns so much that after I taught myself how to make one, it's like, 'Okay! Let me make another one now that I know what I'm doing," (via Guardian)

'Django' is one of the most controversial films to be released in recent years, mainly for its frequent use of the N-word, but it still garnered a positive reception in Hollywood and around the world.

It stars Jamie Foxx as 'Django', a slave who is bought by a bounty hunter portrayed by Christoph Waltz. Waltz, who won 'Best Supporting Actor' for his role, helped 'Django' free his slave wife (Kerry Washington) from an evil plantation owner (Leonardo DiCaprio).

But, even though it was highly successful, the filmmaker is adamant the new project will not be a reboot or a sequel.

Tarantino also explained his ability to write such gripping, award-winning screenplays, "I sit there and I think about it and all of these ideas come to me," he said. "I kind of work it out a little bit. Then I get out of the pool and I make notes. Then the next day, that's my work."

Whatever it is, there will be a legion of fans waiting for its release.

Watch highlights of Tarantino's appearence below