Who's who in 'The Hateful Eight'?

It's evoked a bit of controversy recently with the police boycott, but personally we can't wait for the release of Quentin Tarantino's long-awaited Western 'The Hateful Eight'. It's already won a Hollywood Film Award for Ensemble of the Year, so we've decided to look a little more indepthly at the octet cast and characters.

Set in Wyoming during a bitter winter, Tarantino's latest project sees a group of unlikely individuals thrust together with no escape - and all of them have pretty explosive personalities. 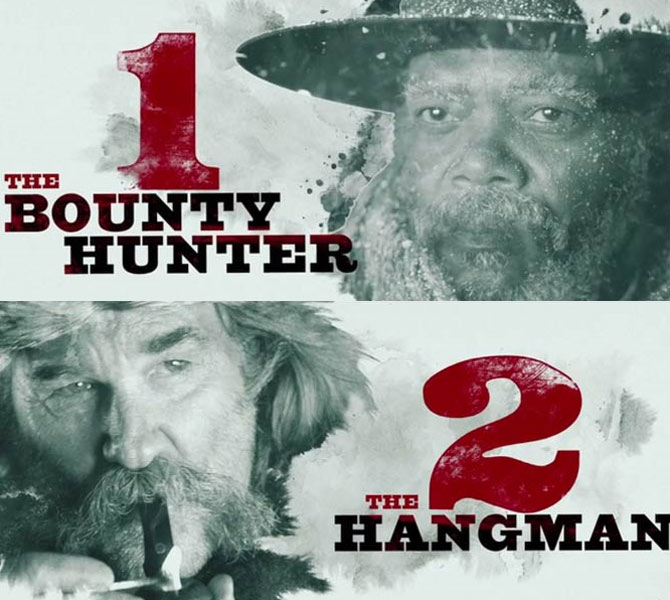 1. The Bounty Hunter: Samuel L. Jackson takes on the role of gun-toting guerrilla crime-fighter Major Marquis Warren; a merciless former black Union soldier who hitches a lift with John Ruth in a stage coach after taking care of yet another Wanted: Dead or Alive case. Smooth, and handy with a gun, he has his own ideas of what it means to be a bounty hunter. 'The Hateful Eight' will be Jackson's fifth credited role in a Tarantino movie, after 'Pulp Fiction', 'Jackie Brown', 'Kill Bill: Vol. 2' and 'Django Unchained'.

2. The Hangman: Playing Warren's ride John Ruth - also known as The Hangman, another bounty hunter - is Kurt Russell who has previously starred in 'Death Proof'. This guy's nicknamed The Hangman for a reason; he never fails to bring back his bounty to the authorities in question for a public hanging, or if he does, he makes sure they hang by his own hand. Thus, his latest catch is Daisy Domergue, and he's none too quiet about the reward in store for him when he gets her to Red Rock. 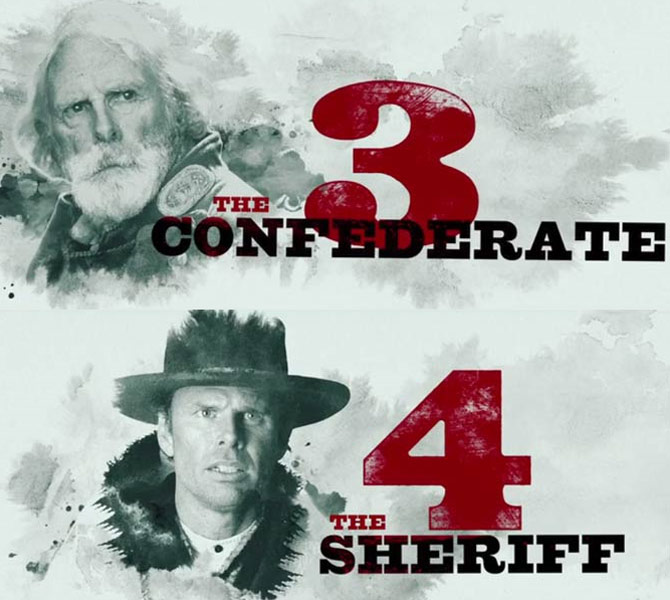 3. The Confederate: General Sanford 'Sandy' Smithers is a Confederacy veteran portrayed by Bruce Dern. He's already found shelter at Minnie's Haberdashery with some of the other eight before the bounty hunters arrive, and just because he's old doesn't mean he's not shrewd. Despite being the elder of the group, 'The Hateful Eight' marks onlu Dern's second Tarantino venture after 'Django Unchained'.

Watch the new trailer for 'The Hateful Eight':


4. The Sheriff: A shady character, Chris Mannix claims to be the new Sheriff of nearby town Red Rock, though he's a bit of an outlaw himself. He bumps into Warren, Ruth and Domergue on the way to town before they are all forced to take cover in Minnie's Haberdashery. It marks Walton Goggins' return after his debut Tarantino appearance in 2012's 'Django Unchained'. 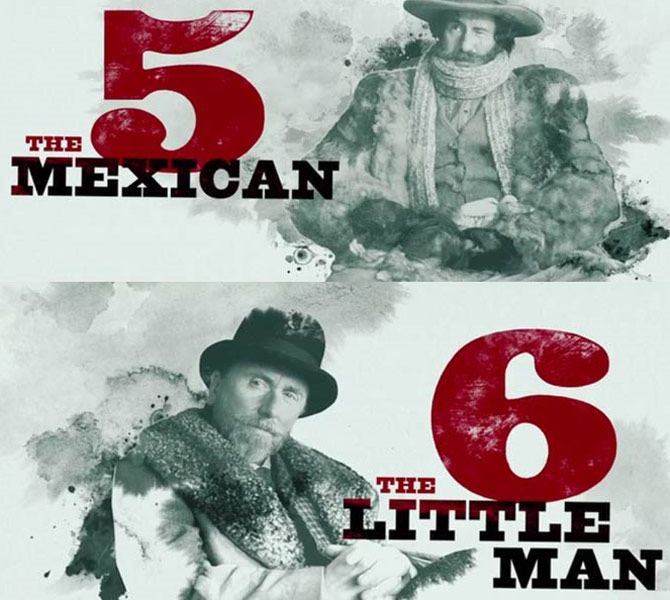 5. The Mexican: The caretaker of Minnie's Haberdashery, also known as Bob. The business proprietor Minnie is away on a visit to her mother, so Bob is keeping everything in order pending her return. He is played by Demian Bichir in his first Tarantino project.

6. The Little Man: Tim Roth also stars in 'The Hateful Eight', previously known for 'Pulp Fiction' and 'Reservoir Dogs'. John Ruth may be known to other bounty hunters as The Hangman, but Roth's character Oswaldo Mobray is the official hangman of Red Rock; and no doubt the man of whose hands Daisy Domergue will find herself dead in due course. 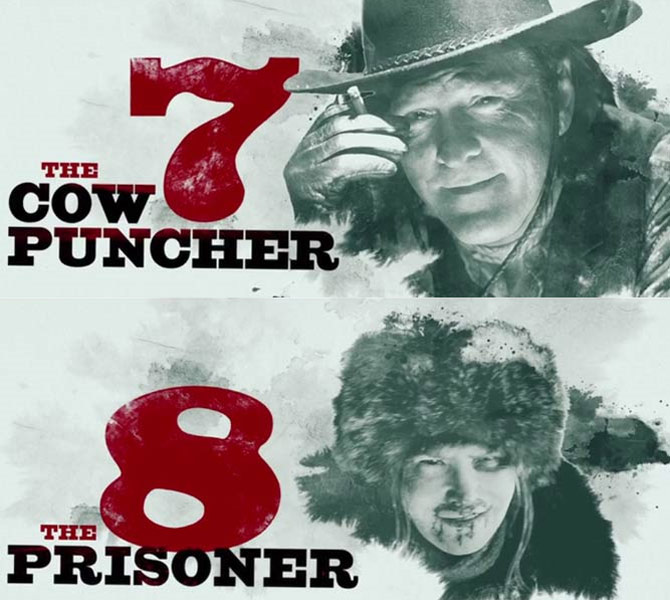 7. The Cow Puncher: He doesn't literally punch cows, though; 'cow-puncher' is a cowboy word for a ranch hand. Real name Joe Gage, he's handy on horseback but certainly won't brace the blizzard and is thus one of the first to take shelter at Minnie's. He's played by another Tarantino favourite, Michael Madsen of 'Kill Bill' and 'Reservoir Dogs'.

8. The Prisoner: Finally, the cracked fugitive. Daisy Domergue is wanted dead or alive at Red Rock for murder, but she seems none to fussed about being caught by John Ruth. Marquis Warren wonders if Domergue knows who has her in custody, but she knows she's going to hang and she's rather amused by it. A wonderful lead female role from Jennifer Jason Leigh.