The cult car has been found

When Quentin Tarantino's cherry red 1964 Chevelle Malibu was pinched nearly two decades ago, his hopes of getting it back will have been non-existent. But the classic car has been recovered. Now, if they could only get hold of the legendary director to tell him…

The car was reported stolen during the production of Pulp Fiction in 1994, and John Travolta's character - Vincent Vega - drove the classic American car in the movie with Mia Wallace in the passenger seat, just before – you know what. And if you don’t know what, watch it. "Deputy (Carlos) Arrieta did a really good job with this case," said Sgt Anolin told US media. "He took what many would've seen as a minor case and followed it through until it broke this much larger case." Sgt Anolin added. "Arrieta used the resources available to him and was able to help crack this case... He's a good deputy.” The guy who stole the care was allegedly arrested recently by cops, but not for actually stealing the car. The separate offence simply lead them to the chev. 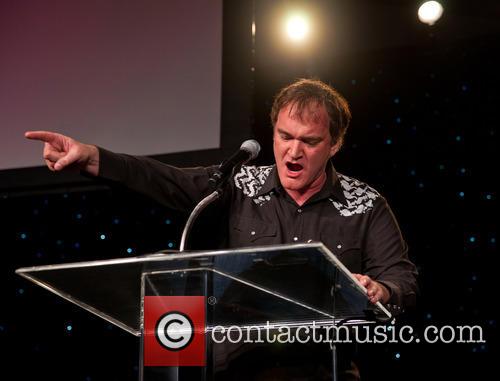 It was you! Don't want QT, they've found it

Unfortunately, though, unless QT reads Contact Music, he doesn’t know about this yet. Authorities have been trying to get hold of him to tell him the good news, but have so far been unsuccessful. Tarantino is probably busy thinking up an idea for his next historical film, which is intended to finish off Inglorious Bastards and Django Unchained as a history trilogy, of sorts.