Quentin Tarantino: 'Will Smith And I Did Not Fall Out Over Django' 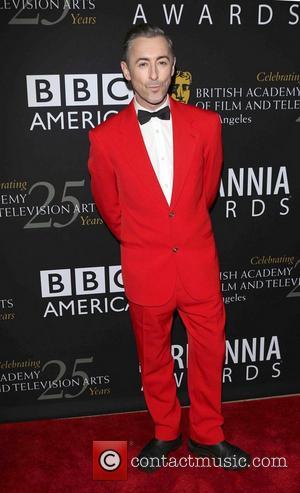 Quentin Tarantino has no hard feelings towards Will Smith after the movie star walked away from his western Django Unchained, insisting he had a fun weekend trying to persuade the Men In Black star to sign on.

Tarantino eventually cast Jamie Foxx as Django in the upcoming movie, but he admits Smith was the initial frontrunner for the role - and the two movie buffs met up to discuss the film shortly after Tarantino had written it.

The director tells Playboy magazine, "We spent quite a few hours together over a weekend when he was in New York doing Men in Black 3. We went over the script and talked it out. I had a good time - he's a smart, cool guy."

And the moviemaker insists the film's controversial subject matter - slavery - was not what turned Smith off.

He explains, "He didn't walk away from it because he was scared of the material. It just wasn't 100 per cent right, and we didn't have time to try to make it that way.

"We left with me saying, 'Look, I'm going to see other people.' He said, 'Let me just see how I feel, and if you don't find anybody, let's talk again.' And then I found my guy."

Tarantino also tells the men's magazine that he met with Tyrese Gibson, Terrence Howard, Idris Elba, Chris Tucker and Michael K. Williams, but he cast Foxx because "he was the cowboy".

He adds, "Jamie understood the material... He's from Texas.

"We sat there talking, and I realised, 'Wow, if this were the 1960s and I was casting a Django western Tv show...' and they had black guys as stars of those in the 1960s, I could see Jamie on one of those. And that's what I was looking for, a Clint Eastwood."