He explains his side of the story with regards to Uma's 'Kill Bill' stunt.

After an article featuring Uma Thurman talking about her abuse at the hands of Harvey Weinstein, the public's anger has been unusually directed at someone else: Quentin Tarantino. He has been forced to explain and apologise over a dangerous stunt he made the actress do on 'Kill Bill'. 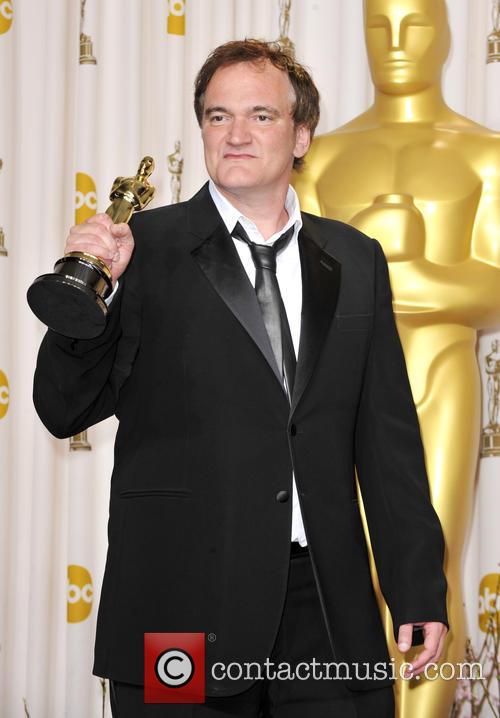 Quentin Tarantino at the Oscars

Sexual assault may be the main issue in Hollywood this year, but that's not the only example of misconduct in the workplace when you're working on a movie. Uma Thurman was forced to speed down a sandy road in Mexico while filming 'Kill Bill', and ended up crashing into a tree causing permanent damage to her body.

She had previously objected to having to drive the vehicle, which she had been led to believe wasn't in the best condition, and requested a stuntperson to do it. But Quentin Tarantino wasn't having any of it and persuaded her to complete the stunt in the end.

'Quentin came in my trailer and didn't like to hear no, like any director', Uma told the New York Times. 'He was furious because I'd cost them a lot of time. But I was scared. He said: 'I promise you the car is fine. It's a straight piece of road. Hit 40 miles per hour or your hair won't blow the right way and I'll make you do it again.' But that was a deathbox that I was in. The seat wasn't screwed down properly. It was a sand road and it was not a straight road.'

She even had footage of the scary incident, which left her visibly panicked and unable to walk. She was terrified that she would never walk again, and ended up leaving the hospital with neck brace, damaged knees and a concussion. Needless to say, her relationship with the director was never quite the same after that; indeed, they ended up falling out dramatically.

'Quentin and I had an enormous fight, and I accused him of trying to kill me. And he was very angry at that, I guess understandably, because he didn't feel he had tried to kill me', she said. 'We were in a terrible fight for years. We had to then go through promoting the movies. It was all very thin ice.'

'We had a fateful fight at Soho House in New York in 2004', she continued. 'We were shouting at each other because he wouldn't let me see the footage and he told me that was what they had all decided. Quentin finally atoned by giving it to me after 15 years, right? Not that it matters now, with my permanently damaged neck and my screwed-up knees.'

To his credit, Quentin Tarantino granted Deadline an interview with him, where he expressed his sincere contrition and admitted that he had the footage found for Uma knowing that she was planning to release a story about it.

'It's the biggest regret of my life, getting her to do that stunt', he said. Though he confessed that he never actually thought of it as a stunt, given that he tested the drive himself after hearing of Uma's trepidation and decided there was nothing unsafe about it. He denied, however, being 'furious' at her. 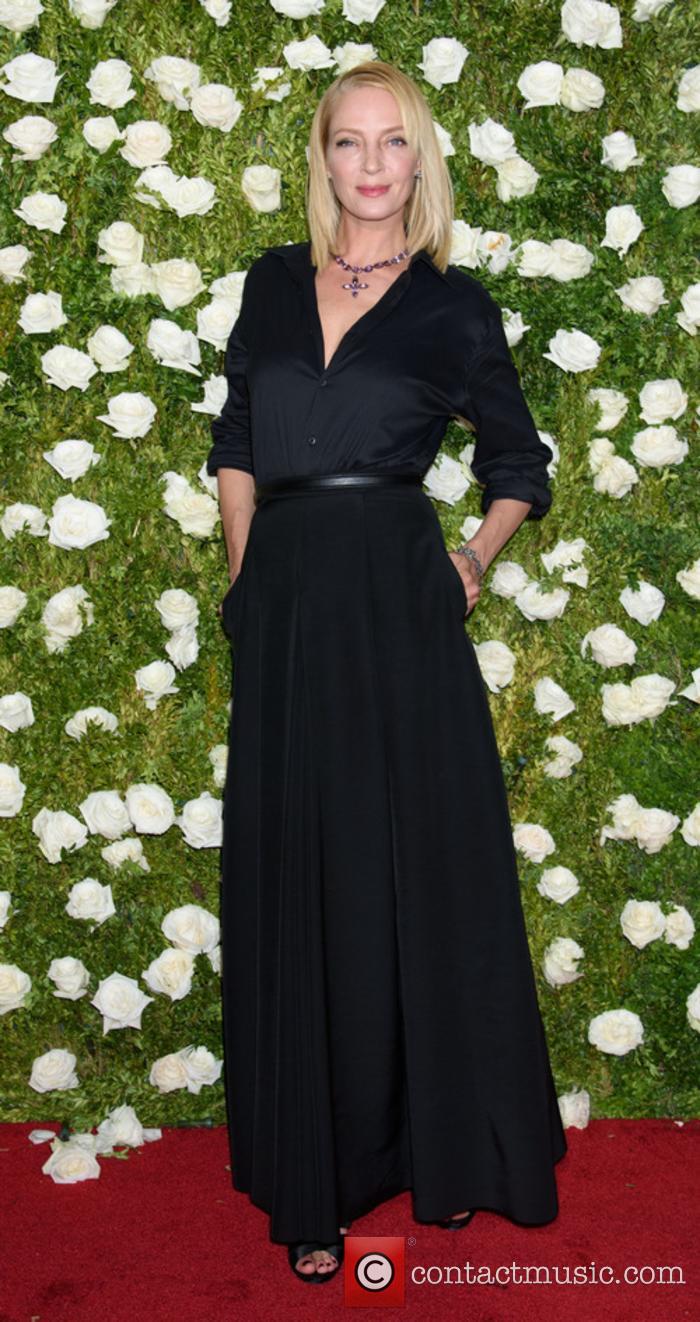 Uma Thurman at the Tony Awards

However, despite Quentin having tested the route, it was then requested that she drive the opposite way. Unfortunately, the road looked a lot different from that angle. 'That was one of my most horrendous mistakes, that I didn't take the time to run the road, one more time, just to see what I would see', he said, revealing that he was in 'total anguish' when he saw how injured she was.

'I told her it would be safe. And it wasn't. I was wrong', he added. 'I didn't force her into the car. She got into it because she trusted me. And she believed me.'

Despite what may have been suggested in the New York Times article, he describes finding the footage of the crash and being able to present it to Uma as his 'happiest day this year'. As for the backlash that he has received since the article, he says Uma blames him for not speaking to her interviewer before publication.

She has since clarified that she no longer feels any animosity towards Quentin and praised him for giving her the footage. She does not hold him accountable for what she feels was a cover-up following the crash.

Quentin Tarantino, was deeply regretful and remains remorseful about this sorry event, and gave me the footage years later so I could expose it and let it see the light of day, regardless of it most likely being an event for which justice will never be possible', she wrote on Instagram. 'He also did so with full knowledge it could cause him personal harm, and I am proud of him for doing the right thing and for his courage.'

More: Quentin Tarantino to direct the next 'Star Trek' movie?

'THE COVER UP after the fact is UNFORGIVABLE', she added. 'For this I hold Lawrence Bender, E. Bennett Walsh, and the notorious Harvey Weinstein solely responsible. They lied, destroyed evidence, and continue to lie about the permanent harm they caused and then chose to suppress.'