Tarantino spoke about the cast, the cold, and shooting in 70mm at the European premiere of 'The Hateful Eight'.

Quentin Tarantino’s latest movie The Hateful Eight has drawn a fair amount of controversy in the build-up to its release, what with reports of a police boycott of the movie and the director’s criticism of Disney over screen clashes with Star Wars.

However, it’s now time that the director was afforded a few words about the movie itself, as he spoke exclusively to Contactmusic at the European premiere. When asked about what it was like to work with the cast, which boasted a number of familiar faces [Samuel L. Jackson, Tim Roth] as well as a few new ones to his films [Jennifer Jason Leigh, Demian Bechir], he expressed immense satisfaction. 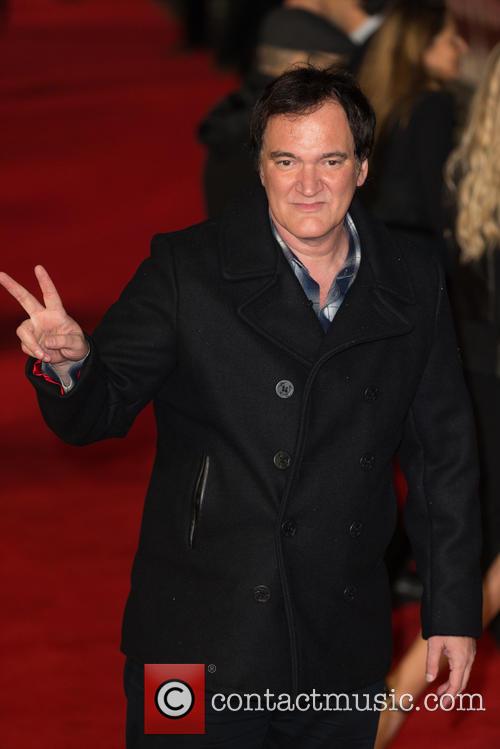 Quentin Tarantino at the European premiere of 'The Hateful Eight'

“I’m so happy with them, they’re absolutely terrific. I’ve worked with so many of them before I call them the ‘Tarantino Superstars’!” About the new faces, he said: “It was wonderful, Jennifer did a fantastic job, it was great working with Demian, it was all just great.”

Much has been made of the seeming genre mash of influences that seems to have gone into The Hateful Eight, with some billing it as a ‘winter western’. Asked about whether he’d define it as a thriller, a Western or a mystery, he replied: “All of that! That’s a Tarantino movie! Hopefully all of those boxes get checked during the course of one of my movies.”

Shooting in the intense cold on location in Denver didn’t prove to be too much of a problem, as the cast were well equipped. “I don’t know how ‘challenging’ it was,” Tarantino mused. “Part of the idea was to ‘shoot weather’ and get that cold, and they say in Scandinavia that there’s no such thing as bad weather, only bad clothing, and we just had the right kind of clothes. And also I really like the fact that all that breath comes out, because if you know my movies then you know that all that breath just punctuates the dialogue."

Finally, the much-talked about 70mm filming process, an unusual filming method that means that The Hateful Eight will be the widest-released 70mm in over twenty years. “It was a blast," Tarantino said. "I think the proof is in the pudding. If you see it at a cinema like this, the Cinerama Dome, I think it really pops off the screen. Being here to actually watch a 70mm film is exciting, I’ve not done it yet, so that’s one of the things I’m excited about seeing!”

The Hateful Eight was released in the US on December 25th, and will be out in the UK on January 8th.

More: Ennio Morricone says he was “shocked” at the level of some of the violence in Quentin Tarantino’s ‘The Hateful Eight’