Quentin Tarantino still editing Django Unchained: will it be ready for Christmas? 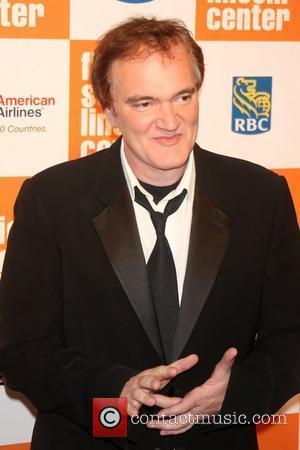 From Quentin Tarantino's Django Unchained trailer, we sort of grasped what the gonzo-western was all about. Plenty of guns, plenty of violence, plenty of blood, some sharp lines of dialogue and production that somehow manages to be slick and intentionally ramshackle at the same time. Or at least that's what we thought it was all about.

Speaking at the Hollywood Film Awards this week - now considered the first stop on the awards-season circuit - Tarantino admitted he hadn't even finished the move yet, and was still in the editing phase. A little odd, considering he picked up the award for Best Screenplay, telling the gathered audience, "It's strange to get an award while I'm still in the editing room," before joking, "I'll be able to say, 'Hey, you want to take a line out of my award-winning screenplay?" The film is likely to be in contention for the major prizes in the coming months - particularly the acting categories with Leonardo Dicaprio, Jamie Foxx and Christoph Waltz thought to have turned in strong performances - though will it even be ready in time? It has a Christmas Day release date, so Tarantino had best get a move on to get it perfect for those movie geeks who opt against the traditional turkey dinner this year.

Elsewhere at the Hollywood Film Awards - set up by Carlos de Abreu a couple of years ago because, well, it didn't exist - Bradley Cooper picked up Best Actor for Silver Linings Playbook and it was nice to see Robert De Niro win Best Supporting Actor for the same movie.