Quentin Tarantino rewrote The Ending of 'Django Unchained' in his trailer on set at the last minute after deciding that his planned finale wasn't going to work. 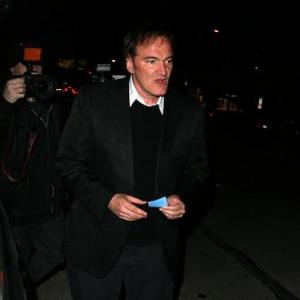 Quentin Tarantino rewrote The Ending of 'Django Unchained' at the last minute.

Jamie Foxx revealed the director decided on the ''spur of the moment'' that the finale he had planned for the forthcoming western movie wasn't going to work, so he went into his trailer on set and changed the ending straight away, much to the surprise of his stunned cast.

Speaking at Comic-Con, Jamie explained: ''On the spur of the moment, he rewrote the end of the movie.

''He's walking on the rubble like this, 'Okay, I got it.' Goes to his trailer and comes back with the ending of the movie, but dope. When a writer writes a movie, he goes into his cabin and he's there for like nine months, and comes down with like the tablets. This dude just went in his trailer.''

Jamie was in disbelief following the filmmaker's revelation, but he now regards him as a ''God gifted'' individual.