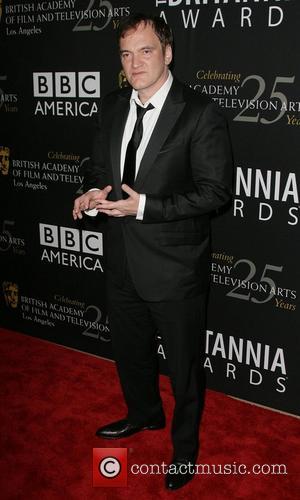 One of the most anticipated parts of any Quentin Tarantino film is, of course, the soundtrack, which traditionally has always been a classy affair, the director’s movies having a reputation as possessing some of the best score music in history. So it’s with great excitement we can reveal the track listing for the soundtrack of the director’s new warped western tale of slavery, Django Unchained.

It’s the first time that Tarantino has collaborated with artists on a soundtrack, with names Rick Ross, Jamie Foxx, John Legend, Anthony Hamilton and Ennio Morricone all involved and putting new music into the project. Additionally there’s a new mash-up between late artists 2 Pac and James Brown coming out on December 18 (no, we don’t know how they got those two in the studio either).

In a statement, Tarantino addressed the artists he’d worked with on the film and said “Most of these contributions came out of the artists' own inspiration and their illustration of the film's soul is invaluable.” He added "In addition to the new original songs I am also using a lot of older recordings on the soundtrack - many of which came from my personal vinyl collection.

“Instead of having the record companies give me new digitally cleaned up versions of these recordings from the 60's and 70's, I wanted to use the vinyl I've been listening to for years - complete with all the pops and cracks. I even kept the sound of the needle being put down on the record. Basically because I wanted people's experience to be the same as mine when they hear this soundtrack for the first time."

The film comes out on Christmas Day; we, for one, are pretty excited about it.

9. SNEAKY SCHULTZ AND THE DEMISE OF SHARP