The 53 year old director reiterated his plan to direct a total of ten movies in his career before retiring.

Quentin Tarantino has dropped the strongest hint yet that he’s determined to quit his directing career after making two more movies, according to The Hollywood Reporter.

Speaking at the Adobe Max conference in San Diego on Thursday (November 3rd), the 53 year old maestro said of his plans after his next two films that he would: “Drop the mic. Boom. Tell everybody, ‘Match that s***’.” 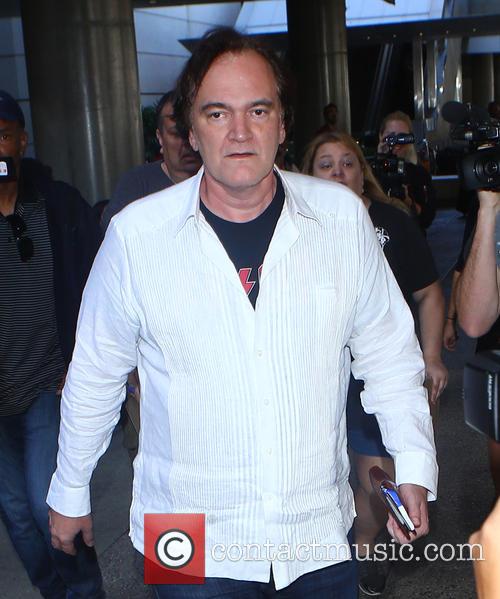 Tarantino has told his acolytes for quite a while now that his plan was going to be to direct a total of 10 movies and then retire. If you count, as he does, the two Kill Bill instalments as one movie, then his eighth film, The Hateful Eight, came out back in January this year.

He told Entertainment Weekly at around that time: “I think there’s something really vital and exciting about thinking: I only have two movies left.”

According to other recent interviews, he plans to start writing novels and making theatre when he finally steps out of the director’s chair.

More: Ennio Morricone wins the first Oscar of his career for scoring Tarantino’s ‘The Hateful Eight’

Asked at the San Diego conference about how he personally would define success, he replied: “Hopefully, the way I define success when I finish my career is that I’m considered one of the greatest film-makers that ever lived… and going further, a great artist, not just film-maker.”

Nothing official is yet on the cards for the Pulp Fiction and Reservoir Dogs director as regards his ninth film, but when grilled on the subject, he dropped a couple of hints back in January.

“I do have an idea for an Australian film that would take place in the 1930s,” he told film website So, Is It Any Good?. “It would be a Bonnie and Clyde-ish sort of story set with a couple of outlaws in Australia. We’ll see whatever happens.”

More: Is Quentin Tarantino for real when he says he’ll do 10 movies and then out?