Quentin Tarantino claims he has no intention of revisiting the 'Kill Bill' series despite previous suggestions he would do a follow-up. 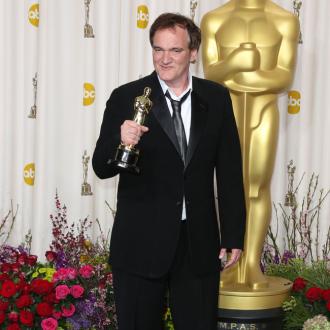 Quentin Tarantino says he has no plans for 'Kill Bill 3'.

The Academy Award-winning director claims he has no intention of revisiting the violent kung fu thriller starring Uma Thurman, which follows a former assassin seeking revenge on the ex-colleagues who massacred members of her wedding party and tried to kill her.

Tarantino told Ireland's Independent newspaper: ''There are no genres I absolutely want to do any more, like ticking boxes - 'This, done.' I don't think about 'Kill Bill 3' that much as we already visited them.''

The 50-year-old director claims he is happy with the work he has produced throughout his 20-year career and would be keen to rework Japanese films or try his hand at producing a scary film.

He mused: ''To me, the last 20 years have gone well; I'm happy with my career, I'm happy to be where I am now, I'm happy with the way my work has been received, inside the cinema industry and outside.

''If there was something I would like to work on again, it would be Honshu's movies, maybe. Or a horror movie, perhaps.''

Tarantino has seemingly had a change of heart after hinting that there would be a 'Kill Bill' follow-up by suggesting he would revisit the series in celebration of its tenth anniversary.