Controversial director Quentin Tarantino - known for featuring scenes of violence contrasted by his film's background music - has revealed 'The Jungle Book' was his inspiration. 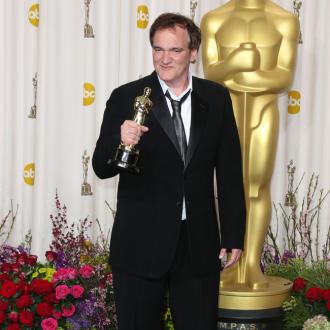 Quentin Tarantino's approach to film making was inspired by 'The Jungle Book'.

The 'Django Unchained' director - who is famed for his controversially dark, violent movies complemented by striking background music - has revealed he was gripped by the Disney classic as a child.

Speaking on radio show 'The First Time With ... ' he said: ''['The Jungle Book' was] the first movie I saw where the song ['The Bear Necessities'] was a big, important part ... I thought it was just fantastic.''

Tarantino has admitted it was the inspiration behind his own trademark of combining vision and music to create an atmosphere, and has fond memories of watching the film at the cinema.

He added: ''I had the whole album and knew the song and used to sing along to it. I remember my dad telling me: 'Remember Quentin, when we go to the movie you can't sing along to 'The Bear Necessities' because we'll be in the cinema.

''So, we got to it and as soon as the song came on, everybody else started singing along with it.''

With a reputation for diverse and memorable soundtracks, he is even offered unsolicited pieces from composers like Ennio Morricone.

Tarantino revealed: ''I first heard him when I was a little boy ... three of the first movies I ever saw the theatres - other than the Disney movies - was the 'Dollars' trilogy, because my mum had a crush on Clint Eastwood.''