Quentin Tarantino Confirms The Link Between All His Characters

The Tarantino world is real! For years fans have speculated that the movies Tarantino creates all spawn from one universe; one where the characters are related et cetera. And now it turns out that it's true, because the legendary filmmaker himself has confirmed it. 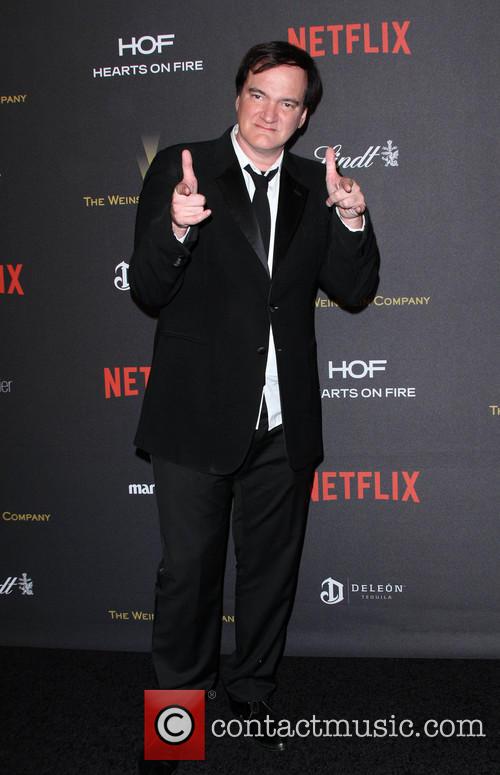 Quentin Tarantino is full of secrets

In fact, there isn't just one Tarantino universe, but two. One of the realistic sort, and their own movie world. It was always obvious that John Travolta's character in 'Pulp Fiction', Vincent Vega, was the brother of Michael Madsen's 'Reservoir Dogs' character Vic Vega, while Lee Donowitz from 'True Romance' is the son of Donnie 'The Bear Jew' Donowitz from 'Inglorious Basterd'. Plus, there's that same cigarette brand always knocking about, 'Red Apple'.

'There is actually two separate universes', he explained to The Project. 'There is the realer than real universe and all the characters inhabit that one. But then there's this movie universe. So 'From Dusk Till Dawn', 'Kill Bill', they all take place in this special movie universe. So when all the characters of 'Reservoir Dogs' or 'Pulp Fiction', when they go to the movies, 'Kill Bill' is what they go to see. 'From Dusk Till Dawn' is what they see.'

Further proof of that can be found when Mia Wallace (Uma Thurman) talks about 'Fox Force Five' to Vega in 'Pulp Fiction'. Mia describes her character in that pilot as 'the deadliest woman in the world with a knife' which is exactly how Thurman's character in 'Kill Bill' could be described. Plus, all the members of Fox Force Five are all described in parallel to those in the Deadly Viper Assassination Squad of 'Kill Bill'.

Tarantino also reveals that 'The Hateful Eight' continues the thematic linkage. 'I will say that there is one character amongst the eight that is related to one of my other characters in one of my other films', he said. 'I can't explain the relation because that would tip my hat a little bit too much. The only other clue I can give is that the actor was originally cast as that character in the other film but they weren't able to do it due to a scheduling conflict.'

That left us with a few options, according to our research. It could be Michael Madsen's Joe Gage, related to 'Pulp Fiction''s Vincent Vega, or even to George Clooney's Seth Gecko in 'From Dusk Till Dawn'. It could also be Kurt Russell's John Ruth could be related to Ace Woody from 'Django Unchained'. Tim Roth's Oswaldo Mobray could be related to Pumpkin from 'Pulp', Seth Gecko or - and we think this is most probably it - Michael Fassbender's Archie Hicox from 'Inglourious Basterds'.

All is revealed in 'The Hateful Eight', as Mobray is actually found to be named English Pete Hicox.