Quentin Tarantino At Cannes: "Digital Projection Is The Death Of Cinema"

Quentin Tarantino has once again mourned the loss of traditional filming techniques and declared digital projection "the death of cinema". The 'Reservoir Dogs' director spoke on Saturday (24th May) whilst hosting a special event at the Cannes Film Festival.

Quentin Tarantino has spoken out again about the changes and development in cinema since his youth. Digital Vs. traditional technology continues to be a hot topic amongst film makers with numerous high profile names arguing for either side of the debate. 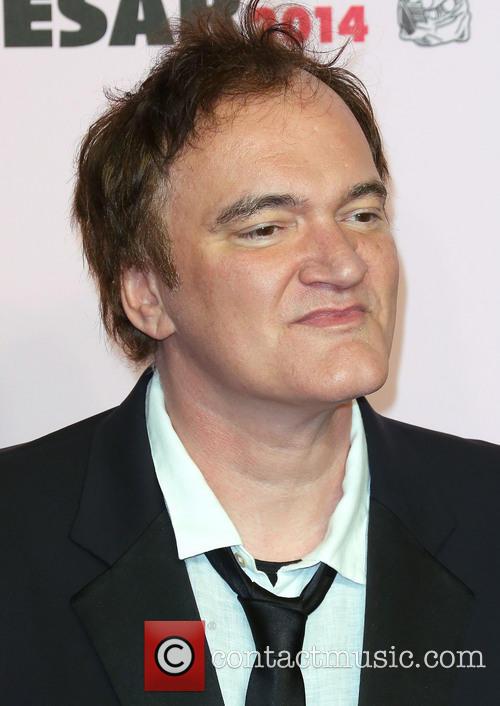 The Pulp Fiction director was at the Cannes Film Festival on Saturday (24th May) in order to host a special screening of the 1964 classic A Fistful of Dollars. He introduced the film with a stark reminder of the dangers of digital and the loss of film making techniques.

Tarantino began his speech by explaining why he believes the use of digital formatting has destroyed the quality of filmmaking. He appealed to his fans and the gathered audience to request the "real thing" over "digital projection".

The 51-year-old director stated "As far as I'm concerned, digital projection is the death of cinema. It's not even about shooting your film on film or in digital. The fact that most films aren't even presented in 35mm means that the war is lost. Digital projection is just television in public." Tarantino continued, saying "And the whole world is OK with television in public, but what I knew as cinema is dead." 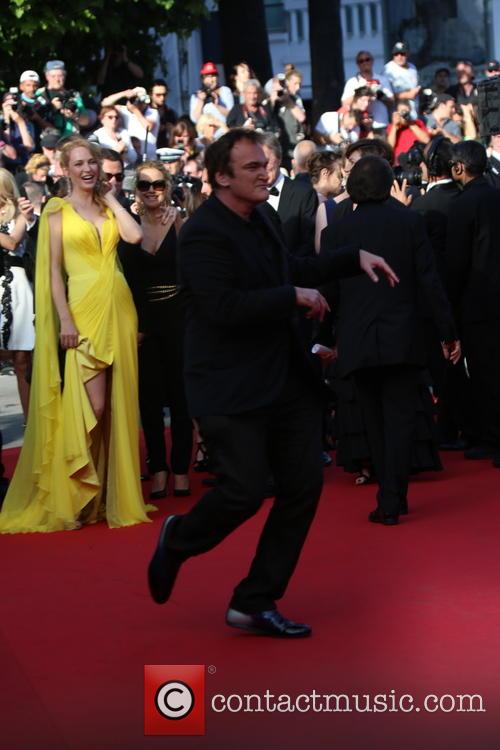 Tarantino attended a screening of Pulp Fiction in Cannes and performed the Jack Rabbit Slims Twist Contest dance on the red carpet whilst Uma Thurman looked on.

Tarantino has mentioned his disgust with "television in public" on numerous occasions and, in 2012, even claimed it was driving him towards an early retirement. In an interview with THR in 2012, Tarantino mourned the loss of celluloid cameras and projects. He said "I hate that stuff. I shoot film. But to me, even digital projection is - it's over, as far as I'm concerned it's over."

Two years later, Tarantino is still in the film industry and still in mourning. The gathered press and his fans asked how he would advise them to act in order to "save" traditional cinema. Tarantino replied that, whilst this "generation is completely hopeless", he hopes "the next one will come out and demand the real thing." As the Telegraph reports, he compared the return of albums in vinyl form to the preference of digital over celluloid, stating: "The way that albums are now slowly coming back, I'm very hopeful that future generations will be much smarter than this generation and realize what they lost."

However, Tarantino did note the advantages to using digital technology, particularly commenting on the accessibility of devices for young film makers. He said "A young person can make a film on a cell phone, if they have the tenacity to do so. They can actually make a movie, and they can be legit. Back in my day, you at least needed 16mm to make something, and that was a Mount Everest most of us couldn't climb." 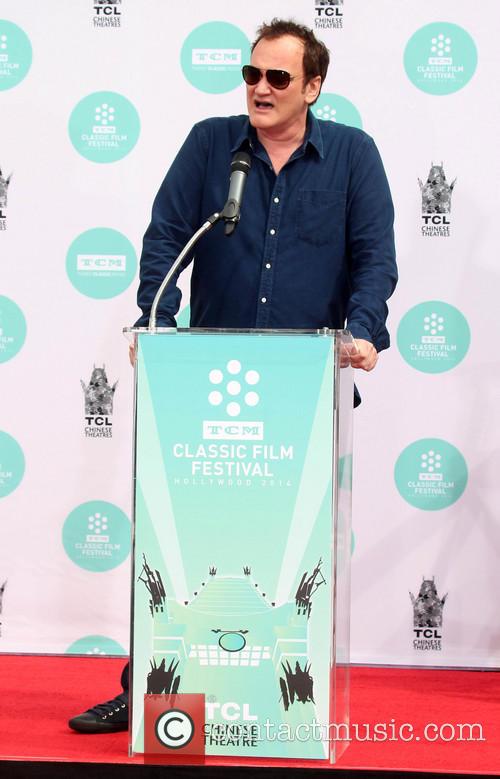 Tarantino attended an event honouring Jerry Lewis at the TCL Chinese Theatre in Hollywood in April 2014.