Tarantino claims that Disney has reneged on a verbal deal to let a Hollywood theatre screen his movie 'The Hateful Eight' instead of 'Star Wars: The Force Awakens' when it comes out on Christmas Day.

Quentin Tarantino has blasted Disney studios for what he has labelled “extortionist practices” in their refusal to allow one of the cinemas they’ve booked for Star Wars screenings in Los Angeles to be relinquished for a day to show his new movie The Hateful Eight.

Appearing on the Howard Stern show on SiriusXFM, Tarantino says that he and his distributors The Weinstein Company had previously come to a verbal agreement with Disney to allow the Cinerama Dome in Hollywood to be free to show a 70mm version of The Hateful Eight, which opens on December 25th in the States, for a two week run. 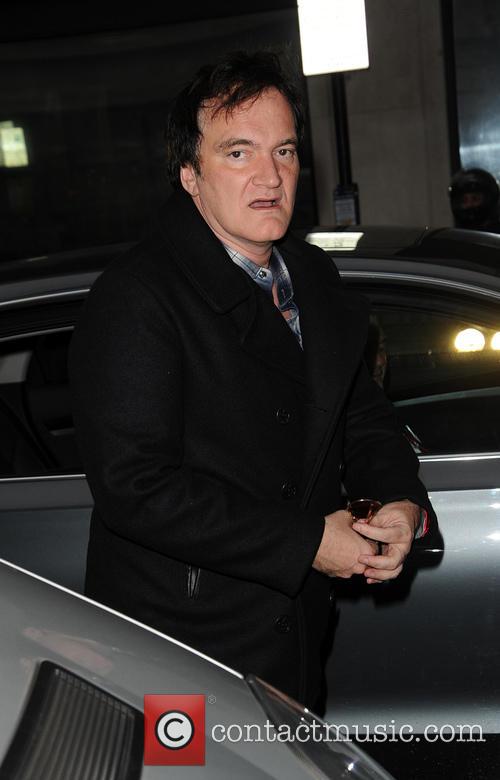 However, he claims that Disney has now reneged on that agreement and has fully booked up Star Wars: The Force Awakens to play there during the entirety of the holiday season, and says that the studio was “going out of their way to f*** me”.

“It’s vindictive, it’s mean and it’s extortion,” said the director, claiming that when the ArcLight chain (owner of the Cinerama) attempted to tell Disney they would honour their agreement to show Tarantino’s movie, the studio then threatened to pull Star Wars from all the chain’s cinemas. “It was real bad news and it f****** pissed me off.”

He continued: “Disney said that if you honour your deal with The Hateful Eight, we will not allow you to show Star Wars - the biggest movie in the world - in any of your theatres.”

Deadline claims, however, that The Weinstein Company must have known months ago that it could not secure the venue, as Disney has been block-booking all the major cinemas and the iconic smaller theatres in Hollywood months ahead of schedule, but that they didn’t tell Tarantino until very recently.

Stern, who knew that Disney CEO Bob Iger was a listener to his show, pleaded with the studio executive to allow ‘The Hateful Eight’ to be shown as Tarantino had intended. “Listen Bob, I don’t care about this theatre, Quentin’s a weirdo… do me a favour… Bobby, be a gracious man, I want Quentin to show this new movie, would you do it for me?”