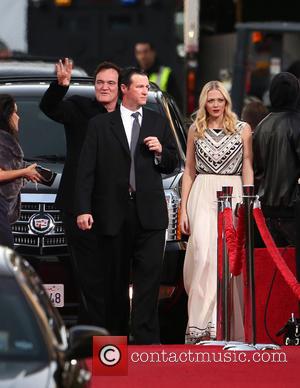 Quentin Tarantino gave John Jarratt a role in his acclaimed new movie Django Unchained to make up for dropping him from a previous film project.

Jarratt appears onscreen with Tarantino in the Western during the director's cameo appearance, and he has now revealed the moviemaker asked him to take part after previously writing out his role in 2007 film Grindhouse.

The Wolf Creek star says, "(He) owed (me)... I'm glad I'm in this one rather than the other one because it (Grindhouse) took a dive and this one's going through the roof."

Grindhouse, which was part of a double-feature with Robert Rodriguez's Planet Terror, was a major box office flop after barely making back its $53 million (£33.1 million) budget, but Django Unchained has been a massive international success, with movie mogul Harvey Weinstein describing the film as the "biggest of Quentin's career."