"It's Cool To Be Tarantino, But..." MPAA Tweaks Movie Ratings System

The MPAA is calling upon studios to make less R-rated movies. 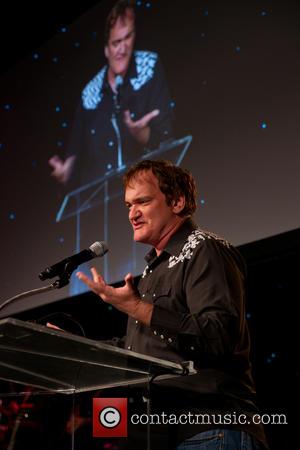 The MPAA together with the National Association of Theatre Owners are making minor tweaks to the movie-ratings system to better inform parents. Following through on a commitment made to Vice President Biden in the wake of the Newtown school shooting, the two organizations have come up with a new 'Check the Box' campaign to highlight descriptions of why a movie received a certain rating.

According to the Hollywood Reporter, there will also be tags attached to trailers explaining that the clip is approved to play with the feature they came to see. NATO president John Fithian said, "It's cool to be Quentin Tarantino and it's fun to make movies that have all those diverse elements.But there's a bit of a disconnect between exhibitors and studios as to what works." Fithian also called upon Hollywood to make fewer R-rated movies. Asked whether he thinks the studios he represents make too many violent movies, MPAA chairman and CEO Christopher Dodd pointed out that less than half of all studio films are rated R, "There's a real desire to provide choice, and you don't want to change that.Throughout its existence, the goal of the rating system has never changed: to inform parents and allow them to make their own decisions, considering their children's sensibilities and unique sensitivities."

At the keynote address at CinemaCon, Fithian also noted that the movie industry, along with the music and video game business, has made vast improvements in enforcing their respective ratings systems.