The director is currently at eight films, but has been discussing his plan to stop making movies after his 10th.

Quentin Tarantino previously claimed that he wants to retire once he has completed his 10th film and it appears the director’s plan still stands, for the most part. Last year he released his eighth film, The Hateful Eight, which means we have just two offerings left, although he’s not ruling out the idea of making more later in life. 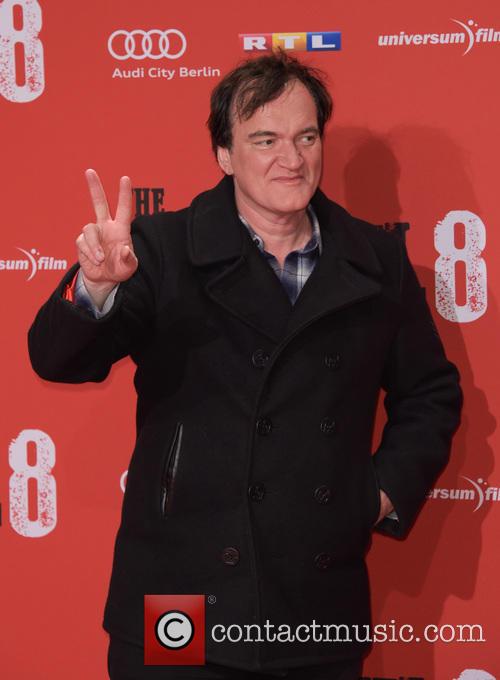 Quentin Tarantino has been discussing his plans to only make 10 movies.

Speaking at the Jerusalem Film Festival on Tuesday (July 12), Tarantino said: “I’m planning on stopping at 10. So it’ll be two more. Even if at 75, if I have this other story to tell, it would still kind of work because that would make those 10.”

“They would be there and that would be that. But the one he did when he was an old f***ing man, that geriatric one exists completely on its own in the old folks’ home and is never put in the same shelf next to the other 10. So it doesn’t contaminate the other 10.”

More: Quentin Tarantino Confirms The Link Between All His Characters

The director also spoke about the theory that he makes films in sets of three. Tarantino said he recently heard a podcast in which a film critic discussed his work and said his films usually come as a trilogy where “the first two movies are very symbiotically connected, almost complement each other in a different way."

The critic then explained that the third movie is “usually is linked by genre to some degree or another to the first two, but it almost exists as a rebuke to the first two.” Speaking about the theory Tarantino said: "He’s on to something — even the idea that the third one is almost, in its own way, a critique of the first two. And I thought that was really interesting and it held more water the more I thought about it.”

More: Quentin Tarantino Has Been Talking A Lot About His Final Movie Ideas

"No matter what character came in the room, he could kick it to them in their language and speak it really well. He's not shown doing it, but he's probably one of the only Nazis in cinema history who could speak Yiddish perfectly. If Filipinos walked in the room, he'd be kicking it in Tagalog with them and not missing a click."