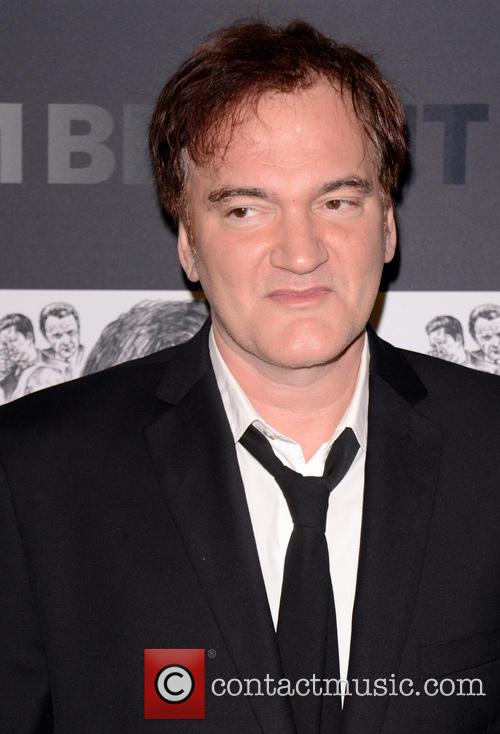 We love Quentin Tarantino here at Contactmusic. Though the recent tragedies of the Newtown shooting have led to the cancellation of the Django Unchained premiere, the director’s forthcoming warped spaghetti western tale of slavery looks set to be another fine feather in the cap of a man who has made his own a style that’s slick, truly panoramic yet simultaneously up close and intense. Tarantino’s finger prints are all over his films, and though for some pushing such an individual style can hinder their work, for the 49 year-old he simply uses his traits as boundaries for which he can fight with every urge to break through and twist to his bidding. Mr Tarantino, sir, we salute you.

Reservoir Dogs was where it all began for Tarantino, the 1987 curio My Best Friend’s Birthday notwithstanding. This gritty thriller put everything that we’ve come to love about Tarantino films early on; fast-paced scenes mixed with moments of unbridled suspense, a focus on an ensemble cast rather than just one or two main characters, and unflinching use of violence. What stood out though, in this story of an eight man diamond heist, was how Tarantino re-invented the wheel, his own passion for the dark humored and twisted giving this well-worn plot fresh impetus.

And then came Pulp Fiction, which basically saw Tarantino take a twisted, morally decrepit and dark crime world whose traits he’d shown on Reservoir Dogs, and make them even better, his characters colder, more ruthless, and the action seemingly moving at once rapidly and methodically, suspension mixed with action. In addition to stellar performances by a cast that included John Travolta, Samuel L Jackson and Uma Thurman, the film was notable in the way that Tarantino’s true film fandom shone through, with many of the scenes seemingly set in locations and amidst backdrops that were familiar to any regular Hollywood watcher. There’s so much to love and admire about this film, the clever use of thematic devices, the easter eggs hidden away such as much of the action revolving characters in the bathroom, and just the overall non-linear, dirty, frequently horrifying and darkly humorous plot. It gained seven Academy nominations and took one award for the Best Screenplay.

With 1995’s Four Rooms falling with the critics, it would be two years before another Tarantino-directed film came out, and the pressure was on. Tarantino hit back with his first book adaptation, Jackie Brown coming from American novelist Elmore Leonard’s novel Rum Punch. The film paid tribute to the 1970s Blaxploitation films and saw another heavyweight cast in a returning Samuel L Jackson, Robert De Niro and Robert Forster. Tarantino once again got these great actors to produce some of the finest performances of their careers, with Pam Grier enjoying a comeback performance over 20 years into her career as the main character Jackie. There was to be no Oscars success but the tale of a flight attendant who also smuggles money over the Mexican border saw Tarantino’s reputation on the up again.

Kill Bill was where Tarantino pushed his portrayal of violence to the limit, with Uma Thurman starring, the film was originally supposed to be one feature, but clocking in at almost four hours it got split. Even by Tarantino’s standards the film shocked with its gore. Thurman’s character ‘The Bride’ goes on revenge killings after surviving a shot to the head on her wedding day that leaves her in a coma for some years. With rape also featured in the film, Tarantino really did push every button possible, but what was undeniable was the quality of the way he handled the jumping plot, and his ability to bring out the absolute cold-killer within Thurman – her best film performance in years.

Tarantino proved that he can shift his style once again by transfiguring it to fit a war environment, bringing stars like Brad Pitt, Christopher Waltz and Michael Fassbender with him. The plot takes place in World War II but once again saw Tarantino use groups of characters to tell his tale, with two fictional attempts to over throw the Nazi leadership of Germany portrayed. Not only was the film a critical success, with Tarantino taking an Academy Award for his writing, but it also proved one of his most commercially successful films as well, with some $321 million taken in theaters worldwide. Can Django Unchained top that…?

From The Archive: Inglorious Basterds review

Check out the Django Unchained trailer