The director was speaking during a Q&A for buyers at the American Film Market.

Quentin Tarantino had revealed he’s thinking about ending his film career after he completes his tenth film. The director, who is about to start work on The Hateful Eight made the announcement during a Q&A for buyers at the American Film Market, where he sat alongside Samuel L. Jackson, Kurt Russell, Walton Goggins and Jennifer Jason Leigh. 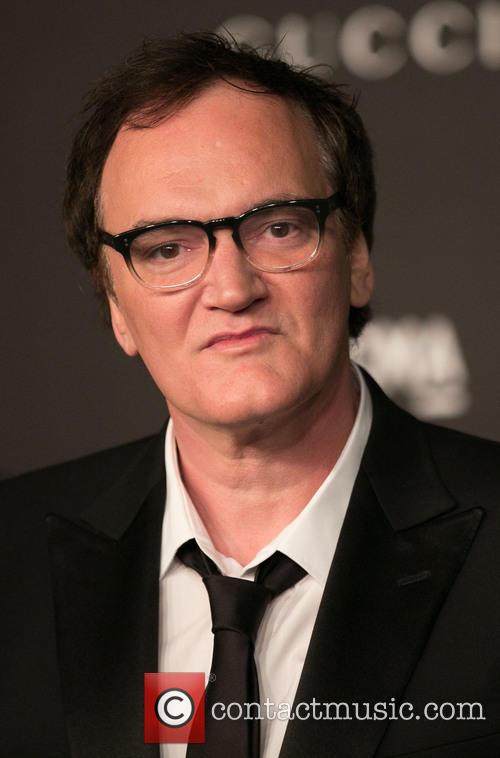 Would Quentin Tarantino actually give up movie making?

“I don’t believe you should stay onstage until people are begging you to get off,” said the director, “I like the idea of leaving them wanting a bit more. I do think directing is a young man’s game, and I like the idea of an umbilical cord connection from my first to my last movie."

"I’m not trying to ridicule anyone who thinks differently, but I want to go out while I’m still hard," he added. "I like that I will leave a 10-film filmography, and so I’ve got two more to go after this.”

However Tarantino also covered his back incase he does end up making an 11th movie, by saying, “It’s not etched in stone, but that is the plan.”

“If, later on, I come across a good movie, I won’t not do it just because I said I wouldn’t," he continued. “But 10 and done, leaving them wanting more — that sounds right.”

But not everyone was quick to believe the director, especially actors Kurt Russell and Samuel L. Jackson, who has starred in six Tarantino films.

“You don’t actually believe that shit, do you?” Russell asked the audience. Before Jackson added, “what’s Quentin going to do with himself if he’s not doing this?”

The director answered that his days would consist of “writing plays and books, going gracefully into my tender years.”

Tarantino is currently getting ready to finally begin shooting The Hateful Eight. The director had previously claimed he would drop the project after the script leaked online, but then had a change of heart. Let’s hope the same thing happens with his ‘retirement plan’.