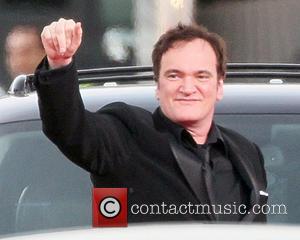 Quentin Tarantino’s violent historical slave movie Django Unchained may well be mired in controversy right now but it received the seal of approval from last night’s Golden Globe awards. Django Unchained walked away from the ceremony with a Best Supporting Actor award for Christoph Waltz (who plays the role of Dr. King Schultz) and Best Screenplay, for the movie’s enigmatic helmsman, Quentin Tarantino.

Waltz beat off fierce competition from Tommy Lee Jones (Lincoln), Alan Arkin (Argo), Leonardo Dicaprio (Django Unchained) and Philip Seymour Hoffman (The Master). This was by no means a one horse race and in his acceptance speech, he thanked Leonardo DiCaprio, his Django co-star. Accepting the award, Waltz sounded shaky-voiced, clearly overcome with gratitude for the award. Addressing his director, he said “Quentin, you know that my indebtedness to you and my gratitude knows no words” and described his time on the movie as a journey, adding “I can thank all my travel mates, Jamie Foxx and Leo DiCaprio, Sam Jackson, Kerry Washington…” the list went on.

In his own acceptance speech, Tarantino appeared surprised to have won the award. “Wow, I wasn’t expecting this,” began, before thanking his actors and also thanked his friends that he reads the script to. “I don’t want input,” he joked, “ I don’t want you to tell me if I’m doing anything wrong… but when I read it to you, I hear it through your ears.” There was, of course, no mention of his highly publicised spat with interviewer Krishnan Guru Murthy, recently, which ended with Tarantino refusing to answer questions about movie violence and telling him “I’m shutting your butt down.”