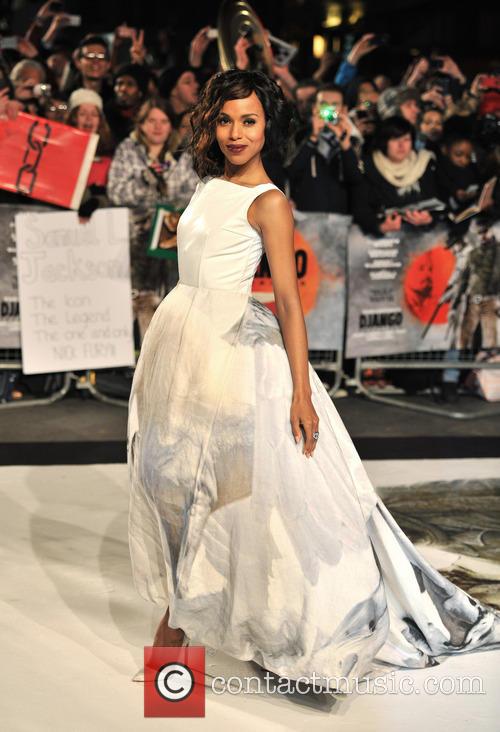 The Django Unchained cast appeared to have a spring in their steps at the London premiere of Quentin Tarantino's new movie on Thursday evening (January 10, 2013) and quite rightly so. The action-western flick scored numerous nominations at the Oscars announcement earlier in the day, including one for the all-important Best Picture.

It was 35-year-old Kerry Washington - who plays Jamie Foxx's wife in the film - that turned heads at the premiere, outdoing tons of UK celebrities with a dramatic white ball gown emblazoned with a large horse print. Sounds bizarre, though it actually looked pretty elegant. The acclaimed actress teamed the dress with dark lipstick and heels. Co-star Foxx was on-hand to ensure Washington didn't have it all her own way at the premiere though, showing up at The Empire in Leicester Square in a bright purple suit and aqua coloured shirt! Samuel L Jackson was also in attendancing, looking as swarve as ever. 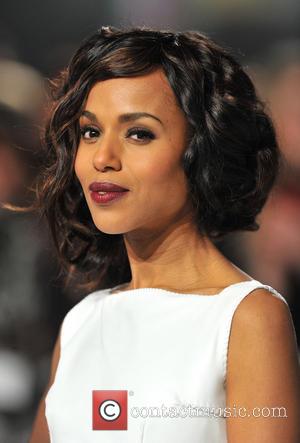 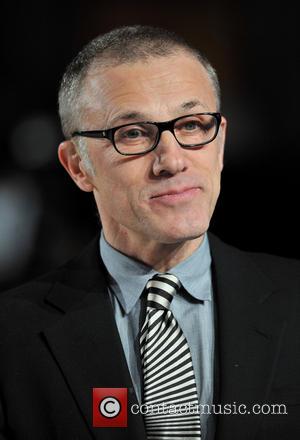 Kerry Washington Shows Off Her Cherry Red Lips, And A Beardless Christoph Waltz!

Hundreds had braved the blustery London weather for the premiere of Tarantino's new flick, keen to get autographs and photos of their favourite stars. The cheers reached a crescendo at 6.30pm when the main man himself arrived on the white carpet and spent time chatting with fans, signing posters, and posing for the waiting press pack. The filmmaker will have been thrilled that the Academy recognised the sensational Django Unchained, despite controversy surrounding the extensive use of the N-word. Fellow director Spike Lee publically attacked Tarantino, despite never having seen the film, though Samuel L Jackson defended his long-time collaborator.

Others at the premiere included Christoph Waltz, who beamed with delight following his nomination for Best Supporting Actor. The German actor plays a bounty hunter who befriends a slave named Django Freeman (Foxx) and helps him reunite with his wife Broomhilda (Kerry) who was sold to the brutal plantation owner Calvin J Candie (Leonardo DiCaprio). Beard-geeks will have no doubt been disappointed to discover Waltz appeared at the London premiere sporting a clean-shaven look. Shame. 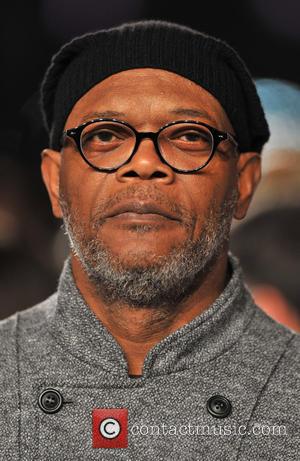 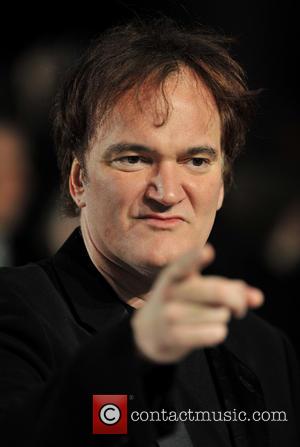 Cool And The Gang: Samuel L Jackson And Director Quentin Tarantino At The Django Unchained Premiere

The Oscar-nominated Django Unchained hits cinemas in the UK on January 18, 2013. 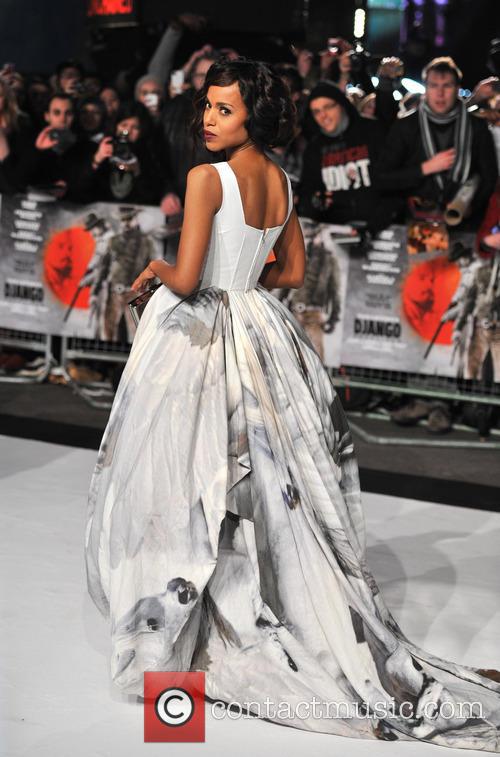 Another Of Miss Washington, Just For Luck!