This guy almost never goes back on anything.

'The Hateful Eight' is approaching ever nearer and Quentin Tarantino's name is still a hot subject in the news with the ongoing police boycott. He's popularly known for having strong opinions and he's never afraid to voice them, but, needless to say, it's earned him a lot of enemies along the way. 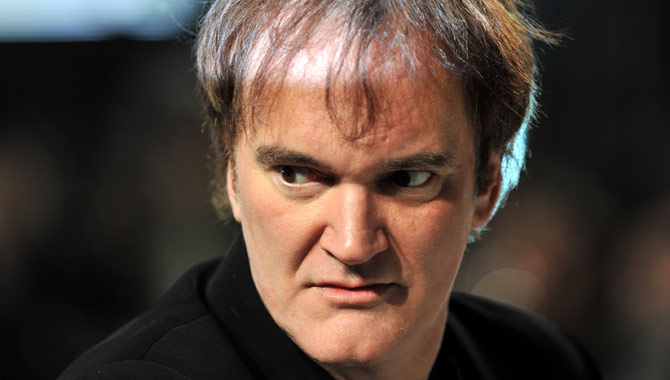 This is Quentin Tarantino's 'don't argue with me' face

In honour of his eighth movie, here's eight times the director has boldly stated his opinion.

More: Watch the trailer for 'The Hateful Eight'

1. On violence - The number one thing that Tarantino has always been forced to have an opinion on is the strong use of violence in his movies. Theories on the relationship between movie violence and real violence is always going to divide opinion, but had some pretty smart things to say following the Sandy Hook Elementary School shooting in 2012. 'I think it's totally disrespectful to [the victims'] memory', he said on NPR's Fresh Air, about the part movies had to play in the massacre. 'Obviously, the issue is gun control and mental health.'

When asked (for the millionth time) why he thought there was no link between enjoying movie violence and real violence by Channel 4 News reporter Krishnan Guru-Murthy during the promotion of 'Django Unchained', he produced the most hilarious rant in the history of TaRANTino: 'Don't ask me a question like that, I'm not biting. I refuse your question. I'm not your slave and you're not my master. You can't make me dance to your tune. I'm not a monkey.'

3. On police brutality - On to the most recent controversy, Tarantino has caused quite a stir ahead of the release of his new Western 'The Hateful Eight'. An outspoken defender of black rights, he attended a Black Lives Matter rally and spoke out against police brutality, telling a group of people against cop-hating 'When I see murders, I do not stand by. I have to call a murder a murder, and I have to call the murderers the murderers.' Unfortunately, this has had many taking Tarantino to mean that he thinks all cops are murderers (which he most certainly wasn't) and so various police departments across the States have called for a boycott of his movies. 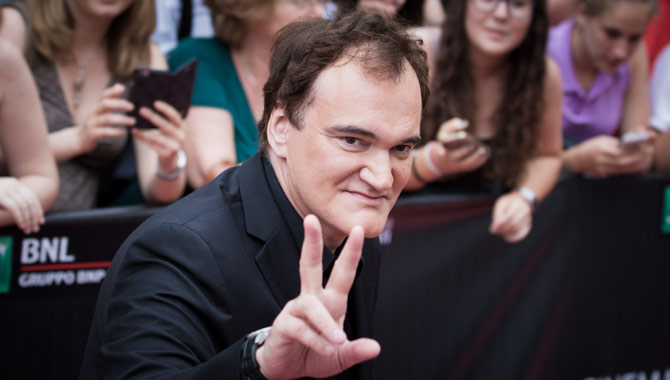 4. On Netflix - On a less grim note, the filmmaker has also been very vocal about his antipathy towards popular streaming service Netflix, preferring - as is the Tarantino way - to watch movies the old school way. 'I am not excited about streaming at all', he revealed in an excerpt from Tom Roston's book 'I Lost it at The Video Store: A Filmmakers' Oral History of a Vanished Era'. 'I like something hard and tangible in my hand... I have the videos from Video Archives. They went out of business, and I bought their inventory. Probably close to eight thousand tapes and DVDs.'

5. On independent studios - Despite releasing his previous two movies through the likes of Sony and Universal, Tarantino very clearly stated that only independent film companies get the chance to vie to distribute his latest movie 'The Hateful Eight'. The director has always been a fan of the low budget action flick and has never been known to make films for the wealth. The films before his 2009 movie 'Inglourious Basterds' were all released independently, and that seems to be were Tarantino is firmly planting himself this time.

6. On 'True Detective' - If you haven't realised by now, this guy is not afraid of stating his opinion about anything. If he doesn't like something, he darn well isn't going to hide it. Unfortunately for the creators of 'True Detective', it's their show that has been under fire from the Academy Award winner. 'I tried to watch the first episode of season one, and I didn't get into it at all', he told Vulture in an interview. 'I thought it was really boring. And season two looks awful.'

7. On this one reporter - The background behind this one is a little bit mysterious but there was that time he was absolutely adamant that his Oscars guest Mira Sorvino wouldn't talk to a certain reporter on the red carpet. 'No, no, no, no, no, this f**ker is the one that I said did a story on my dad, he's the editor of Premiere and he did a story on my dad so don't talk to him', he tells her, before giving said reporter the finger, yelling 'F**k you!' and, ermm... spitting at him. Can't say we condone that sort of behaviour, but hell hath no fury like a film director scorned. 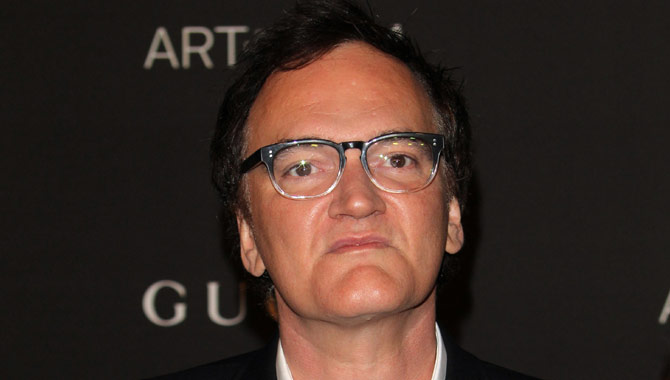 It's not that he thinks less of you, he just thinks more of himself

8. On being an amazing director - Ending on a positive note, Tarantino doesn't need telling that he's one of the best film directors out there. 'This might come across as egotistical, but I don't really feel in competition with anybody anymore', he told Vulture. 'I'm in competition with myself.'