Queens Of The Stone Age’s studio’s revolving door must have been getting plenty of usage during their last recording sessions, because not only have Josh Homme’s hard rockers announced new album ‘…Like Clockwork,’ but they’ve also revealed quite the extended list of collaborative stars who’ll be joining them on the record – not least one Alex Turner of the Arctic Monkeys.

The Arctic Monkeys of course recorded with Josh Homme for their third album Humbug, released back in 2009, and the relationship was a successful one, with Turner now returning the favour to appear on this LP. He’s in illustrious company too, with the press listing a list of varied and sometimes surprising names, including Foo Fighters’ Dave Grohl, the legendary Sir Elton John, Nine Inch Nails man Trent Reznor, Jake Shears of Scissor Sisters. Additionally, previous Queens Of The Stone Age collaborators Mark Lanegan and Nick Oliveri will appear on the album, as will James Lavelle, better known as the man behind UNKLE. Homme has appeared on a number of UNKLE tracks in the past, including ‘See How It Feels (Trouble In Paradise)’ from 2007’s War Stories. 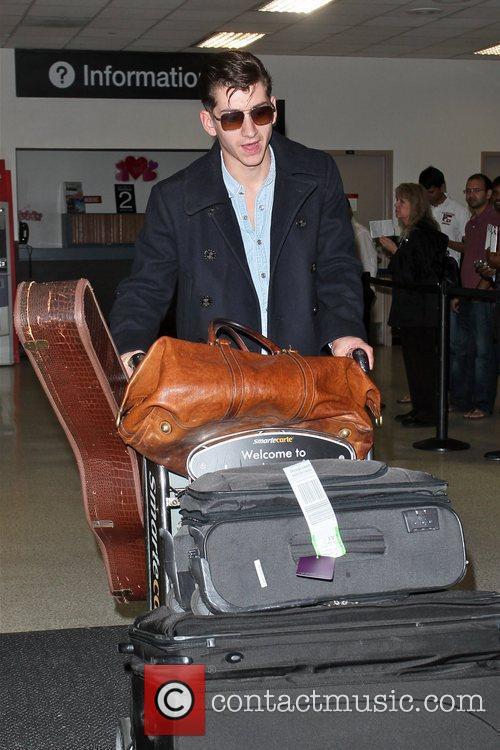 Check out Queens Of The Stone Age classic 'First It Giveth'

Hardcore fans of the band will no doubt be most excited at the inclusion of Grohl, Oliveri and Lanegan. The trio last teamed up together on arguably Queens Of The Stone Age’s best album two date, 2002’s Songs For The Deaf, and all three undertook the subsequent tour. Even just a couple of shows out of them again would be something indeed.