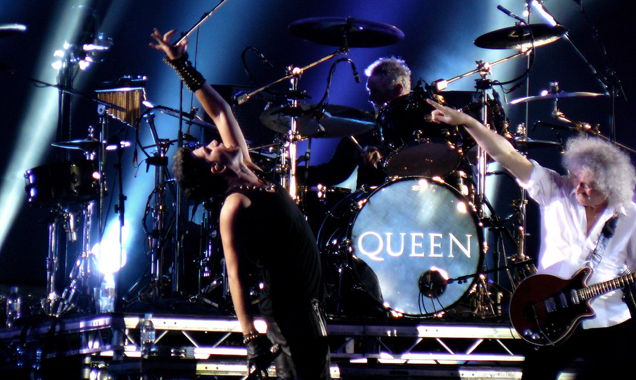 Queen + Adam Lambert will reign over a highly anticipated North American summer tour starting at the United Center in Chicago on Thursday, June 19. Brian May, Roger Taylor + Adam Lambert will come together for the first time in New York, Los Angeles, Toronto, Dallas and more. The 19-date tour wraps Sunday, July 20 in Washington, DC at the Merriweather Post Pavilion, their only outdoor summer concert. The tour is presented by Live Nation.

Queen + Adam Lambert received glowing reviews for their performance together at the iHeartRadio Music Festival in Las Vegas last September, triggering a conversation between Adam, Roger and  Brian to take the show on the road.  Rolling Stone said, "Lambert astounded the audience on songs like 'We Will Rock You' and the closing 'We Are The Champions' and 'Crazy Little Thing Called Love'.  It was the most anticipated act of the night." Billboard claimed, ".Queen effectively stole the show, with timeless songs that music fans of all genres can sing along to" and the Hollywood Reporter exclaimed, "Adam Lambert, Queen bring down the iHeart house.  With the perfect mix of rock attitude mixed with style, theatricality, sex appeal and impressive vocal gymnastics, [Lambert] took the band's music to new heights."

"Let's ROCK those beautiful arenas JUST ONE MORE TIME!" said Brian May. "I'm completely in awe of the Queen phenomenon," added Lambert. "The thought of sharing the stage for a full set in North America is so beautifully surreal. I'm honored to be able to pay my respects to Freddie's memory; he's a personal hero of mine, and I am deeply grateful for the chance to sing such powerful music for fans of this legendary band. I know this tour will be a huge milestone for me, and with the support of Brian, Roger and the rest of the band, I feel like magic will be on display."

In a career spanning over 40 years Queen has amassed a staggering list of sales, awards, and hall of fame inductions that is second to none.  Record sales in the hundreds of millions of units, including an unprecedented string of number one albums and top-charting singles that continue to put Queen in the top ten of all-time iTunes sales, seven Ivor Novello Awards, an MTV Global Icon Award, two songs enshrined in the Grammy Hall of Fame -  "We Will Rock You" and "We Are the Champions" - which also remain the most played songs at sports events and arenas around the world, and, as if to qualify all of hyperbole, just last month Queen received the accolade of becoming the first artist ever to sell over six million copies of an album in the UK - beating out even the Beatles' Sgt Pepper by close to a million copies - with their Greatest Hits album, which also achieved the record of over 1,422 weeks on the British album chart.  The statistics show a staggering one in three British households now own a copy of the iconic act's original Greatest Hits collection.  Even with the tragic loss of their uniquely talented singer Freddie Mercury, Queen remain one of the most revered bands in rock and pop history, able to claim one of the most enduring song catalogues of all time. Just think: "Bohemian Rhapsody", "Another One Bites the Dust", "Crazy Little Thing Called Love", "Radio Ga Ga", "Killer Queen", "Fat Bottomed Girls", "Bicycle Race", songs that form the backdrop to the lives of generations of fans across all ages. With their sterling song craft, virtuoso musicality,  and colossal spectacle of their live performances, Queen - Brian May, Freddie Mercury, Roger Taylor and John Deacon - captured hearts and conquered charts like no other band in history, a legacy that continues to live through the ongoing work and concert performances by May and Taylor. Their musical We Will Rock You, co-created with writer Ben Elton, is approaching its 12th year on stage in London's West End and is currently touring North America.

Adam Lambert's stunning performances on the eighth season of American Idol are still widely regarded as some of the most riveting moments in the show's history. His debut album For Your Entertainment earned him a Grammy Award nomination for Best Male Pop Vocal Performance. His second album, Trespassing, debuted at No. 1 on the Billboard charts. The subsequent tour took Lambert from Australia to South Africa, throughout Asia and Eastern Europe and culminated in a sold-out arena show in Helsinki, Finland. In 2013, Lambert appeared as a guest star on the hit TV series, GLEE. He is currently writing and recording for his third album, which will be released this year.