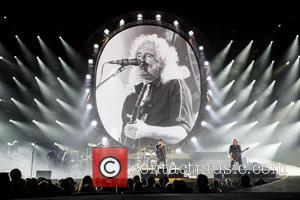 The band, fronted by former American Idol star Adam Lambert, has picked up Tour, Live Album/Video and Commercial of the Year titles.

Lambert, Brian May and Roger Taylor beat out Foreigner and Styx for the Tour prize, picking up 57 per cent of the vote, while the group's Live at the Rainbow '74 Dvd release edged out Toto's 35th Anniversary Tour: Live in Poland and Guns N' Roses' Appetite for Democracy 3D for the Live Album/Video honour.