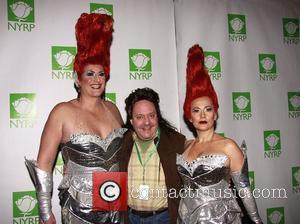 Veteran rock stars Queen led performances at a royal charity concert in London on Wednesday night (17Nov10), taking to the stage with Keane frontman Tom Chaplin and Midge Ure.
The band thrilled the crowd with a rendition of hit track It's a Hard Life with Chaplin at the Prince's Trust Rock Gala, in front of Charles, Prince of Wales and his wife Camilla, Duchess of Cornwall.
The event, which raises money for Charles' Prince's Trust charity, also saw the group perform with former Ultravox star Ure on vocals.
Chaplin described Queen as his "heroes" and admitted he was thrilled to sing with them because he has always admired the band's late frontman, Freddie Mercury.
He says, "I have notions of being a weirdly flamboyant frontman, and my voice is in the same register as Freddie's was - it's such a buzz to be backed by the actual band themselves."
Other performers at the event included Phil Collins, Eric Clapton, Tom Jones and Status Quo.
Rick Parfitt's band opened the show and he reveals the event felt like a Live Aid concert as artists came together to raise money for good causes.
He says, "To me it felt like a little Live Aid tonight with Queen and Phil and Midge here, and us opening with Rockin' All Over the World."