Its been more than two decades since the passing of Freddie Mercury, but before his tragic passing, the powerful Queen vocalist may have spent more time in the recording booth than was initially anticipated. In addition to the recently unearthed duets with Michael Jackson, it turns out that Mercury also spent a good amount of solo time in the studio, as the treasure trove of recently unearthed demos suggests. Mercury was prolific in the recording booth

Speaking with Mojo (via The Guardian) for their December/January issue, guitarist Brian May revealed that he and the rest of the band have been scanning their archives for any unused material featuring the late Mercury, telling the magazine that they might have hit the jackpot. Comparing the project to Queen's fifteenth and final studio album, Made In Heaven, which was released nearly four years after Mercury's death in November 1995, May stated that the newly found tracks are being polished off and prepared for release. He went on to say that the hunt proved more fruitful than was initially planned and that there may be enough material for a full-length release.

"I'm a little nervous of saying there's an album there, but there's certainly a few tracks ... We've found some Freddie vocals, some demos," May told the magazine. He went on to say that these tracks are now in the process of refining the demo tracks and adding original music to the vocals, adding, "If we find an analogue 24-track of Freddie singing something that never got finished, the first thing we do is ... make [a digital] copy at the highest resolution you can. Then we start weaving our tapestry."

Ben Whishaw Signs On To Play Freddie Mercury In Biopic

In a previous interview with The Times of London, May revealed that he hopes the songs will be out before the end of 2013, adding that he and producer William Orbit have been working with the demos, which were originally recorded in 1983. May did not say whether the new Mercury tracks will be out in time for Christmas in his latest interview. 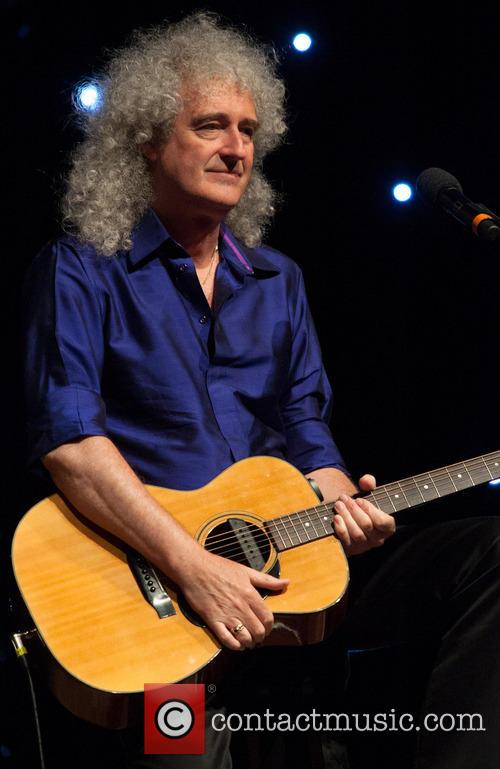 May had hoped that the songs would be finished before 2014