Michael Jackson Urged Queen To Release Another One Bites The Dust 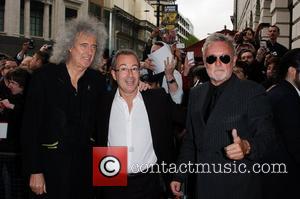 Queen star Roger Taylor has credited Michael Jackson with the success of one of the band's biggest U.S. hits - because he urged the band to release it.
The rocker admits he and his bandmates didn't think Another One Bites The Dust was chart ready and Jackson convinced them to reconsider.
Taylor says, "We'd already had one number one from that album, The Game, and then we had another hit and I remember Michael Jackson saying, 'You guys are mad if you don't release Another One Bites the Dust'.
"I remember saying, 'That will never be a hit.' How wrong can you be?'"
The song became one of the band's biggest hits in the U.S. and Brian May credits Queen's black fans for the success.
He adds, "Apparently most of the DJs playing it thought we were a black group and that Freddie was black."