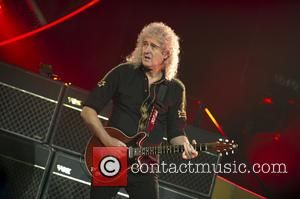 Queen star Brian May is considering a political run as an independent candidate at the upcoming U.K. general election.

The guitarist's agent Phil Symes tells Britain's The Mirror newspaper the 67 year old is frustrated by "a system that he sees as failing the electorate" and he's hoping to "re-establish common decency in our lives, work and Parliament".

May previously expressed his political interests, stating he had grown disillusioned with British politicians and adding, "I believe there are good people currently in Parliament, of all political colours, Mps (Members of Parliament) that deserve to be returned in the next election. But there's also many people in there dedicated to hanging on to old unfairnesses, powered by selfishness and vested interests, and this element is what needs to be thrown out with the dirty washing."

A staunch animal rights activist, May has tackled government policies against a badger cull and a bid to bring back fox hunting.