Sceptics were silenced when Adam Lambert took to the stage with Queen in Leeds on Tuesday evening (20th January). They may be over halfway through their worldwide tour, but the group were still going strong when they performed at the First Direct Arena. 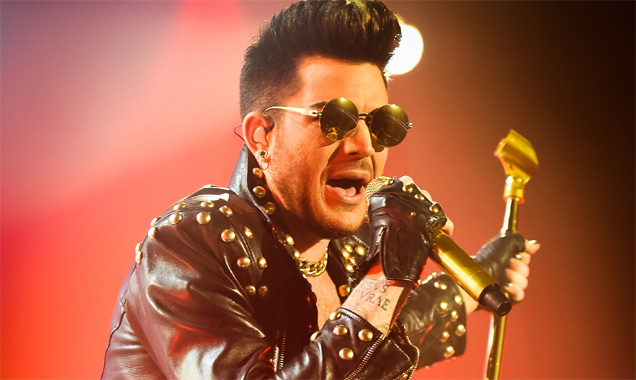 Lambert, although a relatively new face in the UK, is well known in the US as a solo artist following his 'American Idol' breakthrough in 2009. His suitability as Queen's lead singer has frequently been called into question but, after numerous performances with the band since 2011, there is little doubt that Lambert is a highly talented addition to the group and one both guitarist Brian May and drummer Roger Taylor wholeheartedly approve of.

As with any performer who appears alongside Queen, Lambert is living in the shadow of Freddie Mercury. Mercury is renowned as one of the greatest frontmen of all time. With his showmanship and often brash humour, he has remained prominent in the public imagination as someone who exhibited true talent and joie de vivre but tragically died too young. Purists argue that Queen died with Mercury but, with Lambert at the helm supported by the experience of May and Taylor, it is evident this belief is unfounded.

On Tuesday evening, Lambert performed with gusto and, whilst alluding to Mercury and his influence (Lambert claiming during the performance that without Mercury 'I wouldn't know what I was f**king doing'), did not impersonate the late singer. Rather, he evoked all the characteristics which made Mercury a legendary showman: involving the audience, revelling in the attention and drawing focus to his fellow band members during their solo moments. Yet he still retained his own unique and highly professional manner throughout.

It is evident, 25 years after Mercury's death, that May and Taylor still miss Mercury's presence both as their friend and lead singer, with many tributes paid to him throughout the show. May performed a solo rendition of 'Love of My Life' and encouraged the crowd to participate, as Mercury often did, before the song ended with one of Mercury's performances projected on stage. Taylor later sang a touching rendition of 'These Are the Days of Our Lives' whilst images of the band, excluding the now retired John Deacon, flashed up on screens around the stage.

In many respects, this is what makes Queen great: their ability to perform both crowd pleasing anthems and heartfelt tributes to love and loss. Lambert, who may have outdone Mercury on the effeminacy scale with his performance of 'Killer Queen', also demonstrated his ability to perform in a more sombre yet still appealing fashion whilst singing 'Save Me' and 'Who Wants to Live Forever?'.

Mercury is irreplaceable but Lambert has the voice and the style to ensure his legacy lives on. May and Taylor remain at the top of their game and appeared to be greatly enjoying themselves and, more importantly, so were the audience. Ultimately, it was a flawless performance which sensitively paid tribute to Mercury's legacy. It showed how May and Taylor are still outstanding musicians, truly justifying Lambert's assessment of his two older band mates as 'rock icons'.