Queen Latifah and Renee Fleming tore the house down at this Sunday's Super Bowl game, as they both performed renditions of 'America The Beautiful' and 'The Star-Spangled Banner'. 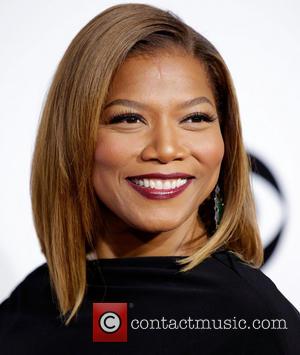 Queen Latifah performed a flawless and pitch perfect rendition of 'America The Beautiful' at this Sunday's (Feb 2nd) Super Bowl game at the MetLife Stadium in East Rutherford, New Jersey.

The multi-talented entertainer was joined by the children's choir 'New Jersey Youth Chorus' before the big game's kick-off.

The 43 year-old, who was accompanied by NFL commissioner Roger Goodell before she sang, wore a knee-length blue parka and a white turtleneck in an effort to not let the wintery conditions affect her performance.

Following Latifah was American soprano Renee Fleming, who sang an equally as perfect version 'The Star-Spangled Banner', to a standing ovation from the sold-out stadium.

Play by play announcer Joe Buck said, "Have you ever heard it sung any better," After Fleming had finished.

Acceding to the Associated Press, when leaving the field, the 54 year-old revealed that she didn't let her nerves affect her, "I do most of my nervous stuff in advance so when I actually get there I can enjoy it ... and it was certainly true this time," she said. "I feel so thrilled and honored to be out there. I loved every second."

Queen Latifah also expressed the great responsibility she felt with this performances as it was featured at such a historic event.

"Anybody who takes it as a joke ... to me, I don't know if they really get it," she said backstage shortly after she sang. "This is moment where for a change we all can ... come together and (have) a sense of pride, and not really worry about anything else that goes on Monday morning."

The Golden-Globe nominee also excited her fans after unveiling plans to release new music in the future, and will use her talk show as a "platform" for promotion.

"I'm already working on stuff with that," she said of the new music. "I can kind of interweave that with the talk show. ...It's time to jack another day at the show, give the interviews a break for one day and just perform and rock the crowd. So, I have the best platform to do it."