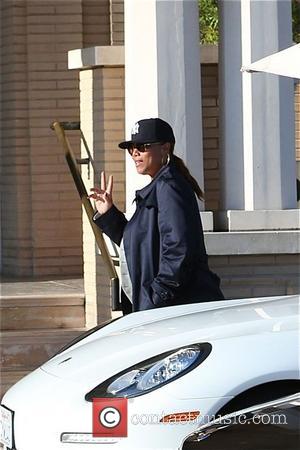 Queen Latifah, Minnie Driver, Mia Farrow and Alyssa Milano are among the stars who have signed up to help a Nigerian teenager studying in Germany raise awareness about the shocking kidnapping of 276 Borno state schoolgirls by Boko Haram Islamists.

Her petition has garnered the support of a host of stars, who have helped swell online signatures to over 310,000.

And Milano even took to Twitter.com to alert fans to Ify's campaign, writing, "200 girls still missing 2 weeks after being abducted. Keep this in the news."

Actress and humanitarian Angelina Jolie has also spoken out about the kidnappings - at a press conference to promote her new film Maleficent in Paris, France on Monday (05May14), she called the actions of the militant group "unthinkable cruelty".

The Boko Haram kidnappers stormed the girls' school in the dead of night and drove them to an undisclosed location.

More than 220 girls are still being held captive, according to Nigerian police.

In a video message, Abubakar Shekau, the head of the Islamist group, said he was holding the girls as "slaves" and threatened to sell them.