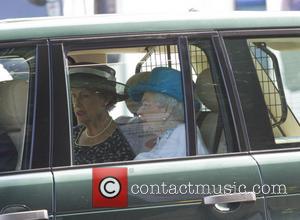 The unnamed man was detained on suspicion of burglary, trespass and criminal damage after allegedly scaling a fence and breaking in to the palace late on Monday (02Sep13).

A second suspect was also detained outside the building on suspicion of conspiracy to commit burglary.

No members of the royal family were at home at the time of the incident, and a review of security procedures has now been launched.

A spokesman for the Metropolitan Police says, "Both men have been bailed to return to a central London police station and enquiries continue. A review of the specific circumstances of this incident is being carried out. No members of the Royal Family were at Buckingham Palace at the time of the incident."

The break-in is said to be the most serious breach of security since 1982 when a man was arrested after entering the palace and making his way into the Queen's bedroom while she was asleep.