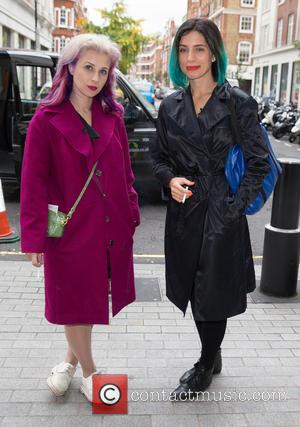 Three members of the all-girl group were jailed on hooliganism charges for staging a protest against Putin in a Moscow church last year (12) and two of them are still behind bars, serving out a two-year sentence.

However, the threat of upsetting the President hasn't deterred the remaining members of the group, who avoided arrest last time around, from continuing the band's campaign to discredit him.

In the new video for Like a Red Prison - the band's first promo for almost a year - Pussy Riot attack Putin's hold on Russia's oil industry as four members of the masked punk collective dance on oil pipelines.