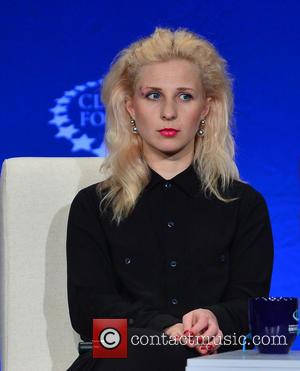 Bandmembers Nadezhda Tolokonnikova and Maria Alekhina were both jailed in 2012 for taking part in a protest performance at a church in Moscow, and after their release they used their international fame to continue their human rights campaign.

They have now landed a slot at the most famous music event in the world - Glastonbury Festival in Somerset, England.

Tolokonnikova and Alekhina are believed to be giving a talk rather than performing during their slot on the first day of the festival on 24 June (15).

The news was confirmed as Glastonbury organisers unveiled the final line-up in last few weeks before the event kicks off, adding stars including Burt Bacharach, The Proclaimers, The Cribs and Wilko Johnson to the bill.

The festival runs from 24 to 28 June (15) and will be headlined by Foo Fighters, The Who and rapper Kanye West.

Independent: Pussy Riot 'on set and in season 3' of new House of Cards series ...