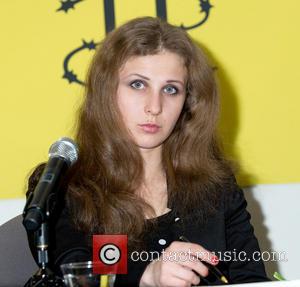 The Pussy Riot trial, which is set to deal with an official appeal lodged by the band after their sentencing, has been delayed until October by Russian Authorities, reports The BBC

In August, three members of the group were jailed for two years for staging an anti-Putin protest in Moscow's main cathedral, Christ the Saviour, and their appeal will now be heard on October 10th. The hearing was adjourned because of a dispute about the defence lawyers, and those lawyers are doubtful of the appeal’s success. Their imprisonment sparked controversy throughout the world, with high profile stars like Madonna issuing public support, and numerous human rights groups, most notably Amnesty International, launching full campaigns to fight for their justice. The Church said that the women's actions "cannot be left unpunished", but, if they showed contrition, it "shouldn't be left unnoticed," which might give the band hope. "The Church sincerely wishes for the repentance of those who desecrated a holy place, certainly it would benefit their souls," senior Church spokesman Vladimir Legoida said.

The band’s lawyers, however, have explained that the band will not plead guilty, which could affect their appeal negatively. "If they [the Church] mean repentance in the sense of a crime ... it definitely won't happen. Our clients won't admit guilt. A call for that is pointless," lawyer Mark Feigin told independent TV channel Dozhd on Sunday. Maria Alyokhina, 24, Nadezhda Tolokonnikova, 22, and Yekaterina Samutsevich, 30 - were found guilty of "hooliganism motivated by religious hatred" in August.