Samuel L. Jackson worked hard at his marriage because he knows a stable family life is important having grown up without his father present. 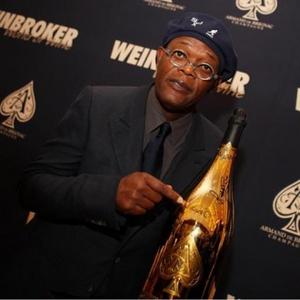 Samuel L. Jackson says growing up without a father made him more determined to be a hands-on dad.

The 'Pulp Fiction' actor has a 28-year-old daughter Zoe with wife of 30 years LaTanya Richardson and says he has worked hard at his marriage because he knows the importance of having a stable family life.

He said: "My dad was an absentee dad, so it was always important to me that I was part of my daughter's life, and she deserved two parents, which is part of the rationale behind us staying married for 30 years. Because everybody has a chance to say, 'F**k it,' and walk away, you know? But you also have a chance to say, 'OK, f**k it, I'm sorry.' Even if you're not."

The 62-year-old star is very proud of his behaviour over the years as he hasn't gone off the rails like many other Hollywood stars.

He told Esquire magazine: "I've never been to jail. I've never been arrested. I've never been locked up. I'm a good son, a good father, a good husband - I've been married to the same woman for 30 years. I'm a good friend. I finished college, I have my education, I donate money anonymously. So when people criticise the kind of characters that I play on screen, I go, 'You know, that's part of history.' "