Psy's latest song, 'Gentleman' is already a major success on Youtube despite being only a few days old.

Psy, the South Korean pop star who shot to meteoric highs after his song 'Gangnam Style' became an internet sensation, is back to his old tricks of breaking YouTube records following the release of his newest single. 'Gentleman' was uploaded to Psy's YouTube account last Saturday (April 13) and since then the song has soared through the viewing figures and currently stands at over 85 million views, with that figure ever increasing as the clicks keep on coming.

On Saturday itself, the video picked up almost 19 million views, smashing the record for most views in a single day previously held by Justin Bieber and Nicki Minaj for the 'Beauty and the Beat' video (which had close to 10 million views in its first 24 hours). If you can't quite remember why Psy is still such a name to behold, his breakthrough record, 'Gangnam Style,' became the first video on Youtube to surpass 1 billion views and given the rate 'Gentleman' is being watched Psy might have another Guinness World Record to pick up in the near future. One person who can't quite believe the pace at which 'Gentleman' is moving is Psy himself, who Tweeted on Monday (April 15) “51 million views in 40 hours!! My God!!”

On top of its immediate YouTube success, the song is also creeping up music charts across the globe and so far stands at 8th in Britain, 7th in Australia and 18th in the United States, according to the Apple store’s iTunes ranking. Overall in the world rankings, the song sits proudly at number one, and given how far behind number 2 (P!nk - Just Give Me a Reason) is, it will most likely stay for some time. 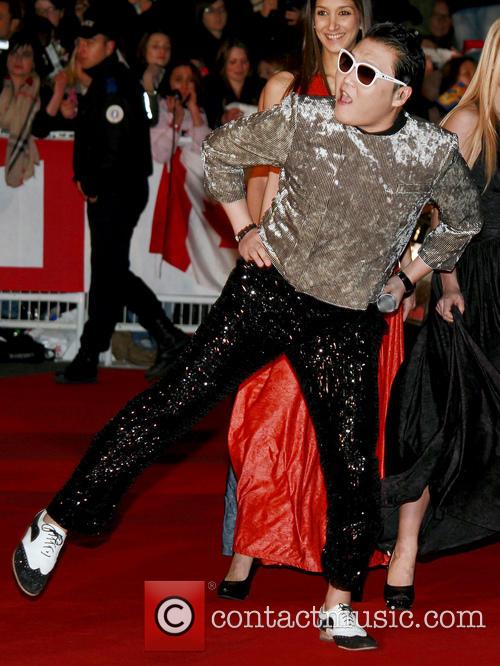 Psy has even more reason to dance now