It's doubtful whether Psy can top Gangnam Style's success, but he's still getting love in the States 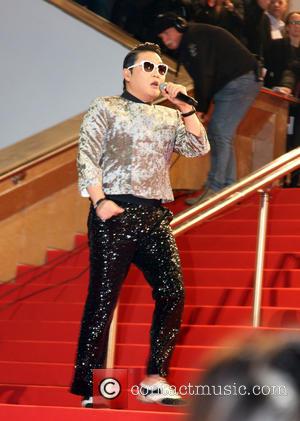 Is it possible for Psy’s new song, "Gentleman", to fail to reach the success of "Gangnam Style"? Of course it’s possible, after all, viral fame is hard to achieve and almost impossible to duplicate. Nobody thought that Psy’s dethronement would happen this soon though. "Gentleman" has already been bumped off the top Korean charts and by a 63-year old singer, no less! Both the daily and the weekly charts show the veteran’s success, with his songs occupying the top ten places in the daily chart (Psy is number 13) and a top spot in the weekly lineup, while Psy chills at number two.

Cho Yong-pil has been a staple of Korean pop and electronic music since the mid-70s, so he probably has a thing or two to teach young’un Psy. And while our favorite “Gentleman” is still trending stateside, not only was his single bumped off the Korean chart by the catchy "Bounce", but his album was also knocked off by Cho Yong-pill’s record, which currently holds first place in the album chart. If you’d like to see what all the fuss around Yong-pill’s song is about, you can catch the video for it below.

Hope isn’t lost for Psy though. Stateside, "Gentleman" moved up to fifth place on the Billboard Hot 100 this week. The video has also racked up over 220 million views on YouTube after breaking the record for first-day views for music videos. Then again, was there ever any doubt that it would.