Genji Days of the Blade 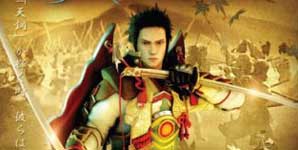 The game play in Genji Days of the Blade again boils down to hacking and slashing away at large numbers of demonic type beings and solving the odd puzzle along the way. The puzzles don't work quite as well as they should, you will find yourself lost at times and wondering where you have to go and what you should be doing. Blame lies mainly with a crappy map system which doesn't give you any ideas as to where to go and you can also miss things due to the fixed camera angle.

Combat is solid, but a touch repetitive at times. Its very easy to put together attack combinations and you can easily change your direction mid attack which is essential when you're swarmed with enemies. As you progress through the game the standard opponents gradually become stronger, so the challenge becomes stiffer as you progress. The boss fights will break up the relative monotony of hacking and slashing, even though some of them are far too easy, others will put up a fight.

As you progress through the game you will be introduced to new characters which you will be able to play. The character you start the game with is Yoshitsune who is the best all rounder, his attacks are fast, fluid and almost constant. Benkei is a slow sluggish character who fights with a club, smashing multiple enemies aside with one swing. Shizuka is a female character who despite being small she makes up with her long range grappling weapon and finally there is Lord Buson who uses a spear weapon. Once you have met all the characters you won't necessarily be able to have the choice of all four character for every area of the game, some parts will limit your choice. You will find each character has his or her own skill set but when you have the choice you will probably stick with Yoshitsune due to his well rounded fighting style. Each character has his or her own health bar, you must make sure none of them die or its game over. You can however switch players to take advantage of their health or if another is close to dying.

If you are not keen on a fighter because of his or her style or weapon you will be able to find new weapons as you progress through the game. Each new weapon usually gives your character an entirely new and different move set. While you may prefer one weapon over the other, unfortunately the overall effect and advantages of each new weapon are very small making the tactical advantage negligible. You are also able to upgrade your health to beef up your character as you progress through the game. To get a health power up you have to keep and eye on your characters trinket, when a power up is in the near vicinity it will start to glow. Then you have to search around to find it.

The fixed camera is one of Genji's biggest problems. At times you will have to walk towards the camera, which in normal circumstances would be fine, but when there are enemies immediately out of sight and you are walking into them without knowing, it is a problem. The mini map in the top right of the screen is your best bet to avoid these mishaps. When enemies are close they will appear as dots and will act as an early warning system in these circumstances.

However it's the bad level design which is Genji's real Achilles heal. While the game looks lovely, behind the scenes it's very boring and linear. As the mini map shows the game is made up of a number of rooms and corridors, everything is very flat. The surroundings are often there just for looks, very little is interactive. The only exceptions are barrels and crates which you will fine spattered around levels. Other than this you will find very specific areas which the game designers want you to smash through using Benkei's strength and power. Other than that the surrounding are little more than very nice wall paper.

Possibly the best features Genji has to offer are its looks. The further you progress the more you will be rewarded with beautiful visuals. The movement of weapons is aided visually by subtle motion blur while the characters have a great amount of detail on show, coupled with the animation this makes the characters themselves probably the best looking subjects in the game. The surrounding scenery at times is also very pleasing to the eye. Although beautiful, the graphics aren't going to blow you away and you will see some rough edges here and there. When you get a huge number of enemies onscreen at once you will also see the frame rate drop weather your playing in 720p or in low def it doesn't seem to make a difference.

Even with a small selection of games available at launch Genji Days of the Blade shouldn't be on your shopping list. It looks like the developers have put all their time into making the visuals more pleasing for the PS3 launch rather than actually dealing with the game play's failings. What we have here is a good looking, very repetitive and relatively short hack and slash adventure.


Click Here to View Genji Days of the Blade Screenshots