The 3rd instalment of the SOCOM series has been a while in hitting the UK market; indeed the Yanks have had it for at least 6 months now. Many sources credit this title for the surge in PS2 online gaming which gives you an indication of the focus of SOCOM3. Was it worth the wait? 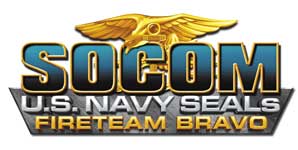 SOCOM3 is not in any way a re-invention of the series but heavily builds on its predecessors. Mission areas are more expansive, campaigns longer, there is more of a vast array of weapons, you can swim and use this to stealthy sneak into enemy strongholds, you can utilise vehicles both on land and sea and the online facet of the tile means that you can take on up to 31 other gamers. In single player mode, your role is to command a small insertion force of 4 crack Navy Seals in war zones throughout the globe. In command, you can send half of your group to reconnoitre other areas, let them fire at will or wait for your command, equip your team with a variety of weapons that differ from yourself and many other options that let you dictate how to succeed in your mission. Missions also vary with a number of secondary and hidden missions to complete that vary from freeing hostages to destroying missile launchers to capturing dictators, you are always in the tick of the action. To previous SOCOM fans this will feel like an old friend whereas beginners should give themselves a half hour learning curve with which to feel comfortable with all the controls and the barrage of information that hits you at the start of the game. As you progress through your missions, you hit mission checkpoints and objectives that you can return to if you perish further down the line. Although, it's disappointing that you cannot save your game at these checkpoints.

Slight criticisms of the game-play relate specifically to the jungle environment missions where it is easy to lose your bearings based on the blurred jungle environment graphics and get nailed by camouflaged "hostiles" but isn't that the nature of the jungle and camouflage anyway? The AI of both enemy and, sometimes, the rest of your troops is also slightly disappointing on occasions. Especially when your troops get left behind and when you go to find them they are just running at a wall in your direction. Furthermore, when you are manning vehicles, your troops don't seem to have driving licenses, meaning you have to continuously switch positions in order take out sporadic groups of enemies as you move from one key location to the next.

The sound based on your location sounds good and authentic, but sometimes you get a bit annoyed when the chilling music cuts in as it spoils the surprise of stumbling on an enemy ambush. Explosions are impressive and you will certainly encounter a few whilst murdered hostiles often emanate a chilling death rattle on their way down. Aside from the mashed graphics of the jungle levels, SOCOM looks excellent and is presented very well which only adds to the experience and immerses you as you traverse through town, the desert or the jungle depending on where you have been deployed.

SOCOM 3 is a step forward for the franchise, with an excellent online addition that also thrives as a one player outing. It certainly rivals the other titles of this genre and is well worth a look.