Shadow of the Colossus, PS2 Review

Shadow of the Colossus - PS2 Review

Imagine roaming the ancient lands, assisted by your noble steed, intent on ridding of all the gigantic colossi. Well Sony did, and their imagination has helped to form a mammoth game by PS2 standards. It is truly a marvel… 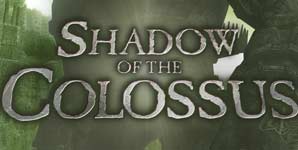 A helpless young girl lies within a large temple, her soul lost. When you find her a voice erupts from above. It tells you that there is a way you can bring her back to life, a way you can retrieve her soul. Defeat the colossi, defeat them all and she will be saved. You willingly obey and your quest begins.

So what are colossi I hear you ask, well they are enormous creatures that hide in the lands until called into action; and it's you who does the calling. Armed with your fists, a bow and a sword you have to challenge each behemoth and overthrow it. These colossi are huge! There are 16 in all and each has weaknesses that you need to find and exploit. Once they have been defeated their statue will be destroyed within the temple and you will progress to the next colossus.

The colossi have immense strength and a couple of swipes with their sword or stamp of their feet and your health will suffer massively. However, the colossi are also slow and you can anticipate what they are going to do and flee from the point of attack.

The first colossus is brilliant and straight away you are engrossed in the game and this first encounter is only a taste of what's to come! The way you have to beat most of the colossi is to climb up their massive bodies and stab your sword into their weakest points. The colossi obviously will do anything they can to get rid of you and if you are on their head they will thrash around trying to buck you off. A meter shows you how much longer you can last holding on to the colossi and it decreases the longer you stay on, the more you attack or the viciousness of the colossus when trying to resist your attack. You can replenish this meter by letting go of the colossus and stopping at a flat point somewhere on the colossus but this is risky as it is then easier for the colossus to throw you off

It is hard to explain how amazing and overwhelming these colossi are in size without actually seeing them. They are the size of small mountains!

Graphically they are brilliant with so much detail and dedication obviously put into each creature. They each posses certain characteristics and move in realistic ways. They respond to your actions and they get harder as you progress to the next colossus.

The scenery of Shadow is also very good with a huge area to ride around in, in search of your next foe. Load times are good considering the games overwhelming size and detail and the only thing you can fault in the graphics department is the very average frame rate. However it does not get in the way of the incredible colossus scenes and you can still defeat them in a smooth and seamless way. Although the way you control the horse should have been made simpler and is unnecessarily fiddly, but I'm just being picky.

The storyline is good, flowing nicely, and developing during the course of the game. However the only task you have is to defeat the colossi, I found this was great, however some may find this repetitive and boring. On the other hand Shadow tries to bring a new element to each new colossus so none are the same and each needs a different strategy to succeed.

The game-play is absolutely fantastic. There is nothing like coming up with ways to defeat the colossus while frantically trying to avoid their powerful blows at the same time. The mesmerising game-play will have you hooked for hours and this factor of the game deserves praise.

The longevity of the game-play is very good and the first time you tackle the game and it takes a while to figure out how to defeat each colossus and then to put your plans into action. The second time of playing though is relatively easy once you know how to beat each beast. It is really a game you complete once but the game gives you enough during this completion to satisfy most peoples gaming needs and justify paying £30+.

I haven't really experienced a game quite like Shadow of the Colossus, which is a great thing. The gaming experience it offers is fresh and innovative and sets the bar high for new games to compete with. A ton of effort has gone into creating this game and it hasn't gone unnoticed. Definitely a game to consider when widening your collection, Shadow of the Colossus should be a brilliant journey for a wide variety of gamers. Let the adventure begin…